Behind the wheel of our cars and trucks, there are a lot of things that we ...

Behind the wheel of our cars and trucks, there are a lot of things that we don’t think about. After all, the extent of interaction that most people have with their vehicle is turning the ignition on and pressing the gas pedal. Beyond that, the occasional oil change and trips to the gas pump is the extent of interaction. Obviously, for those of us focused on the performance community, we might think a little bit more about vehicles. Usually, those thoughts don’t go in this direction, though. It isn’t often that we consider all that a platform has had to go through to get consumers driving it.

Every single vehicle that is roadworthy has to be put through some sort of safety testing. It doesn’t matter if it is the cheapest and most economical Honda on the lot or the most one-of-a-kind vehicle in the world. Everything that sees the streets has to be safety tested. Obviously, the rules and regulations on this are going to fluctuate between countries. You get the gist of what we’re saying, though.

As it just so happens, the same applies to limited production exotic car companies like Koenigsegg. Not only do they need to meet the laws and regulations for driving on public roads but they also want to make sure they put out a safe product. The last thing that any of these companies wants to do is produce an automobile that ends up injuring or killing a consumer. The torture testing and crash testing of the vehicles might be difficult to watch. However, it would be nowhere near as difficult as watching negative side effects suffered by a human being.

By following along with the video below, we get to see how the theory of safety comes to life. Sure, these guys can have as much of an equation as they can possibly fathom to create a safe car. However, it’s not actually proven to be safe until it’s put to the test. With a normal manufacturer, crashing lots of cars is no big deal. However, as we see in the video below, with a company like Koenigsegg, they have to take a bit of a different approach.

The Koenigsegg Factory Doesn't Look Like Much, but it Spawned the World's Fastest Car 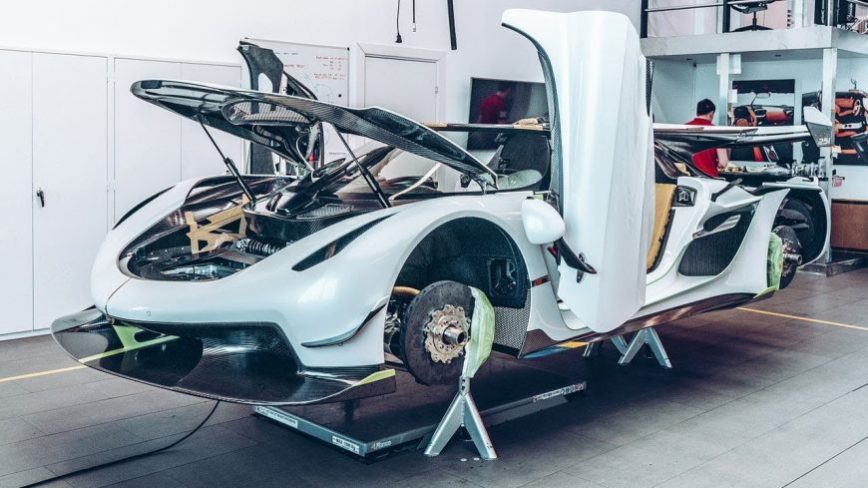