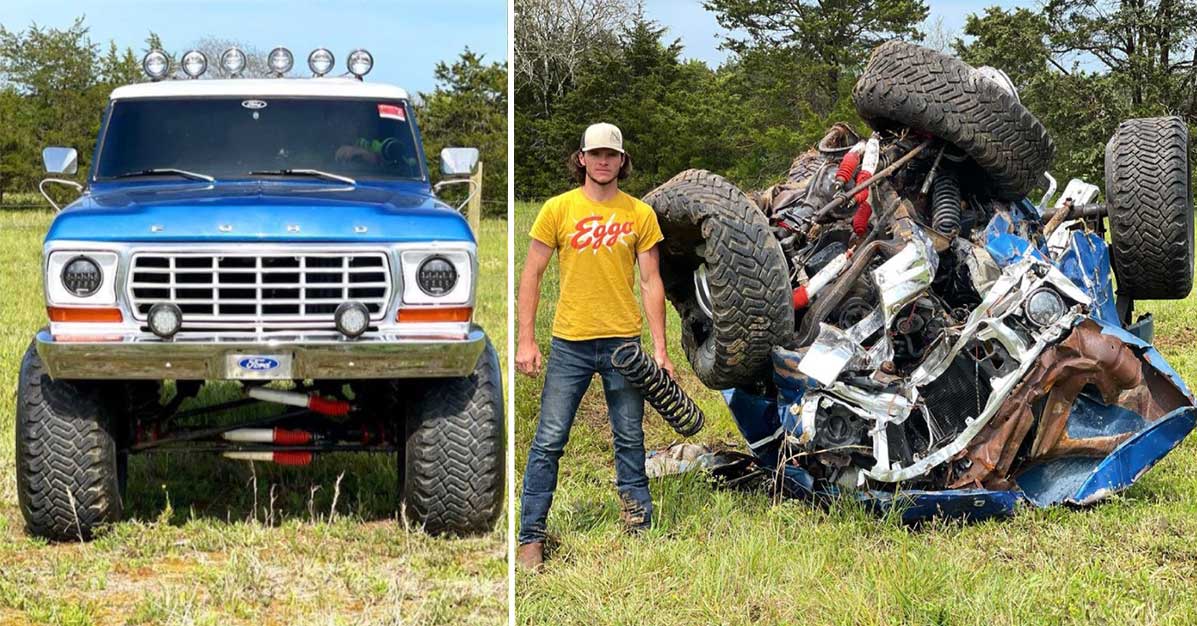 There are a lot of people out there who probably don’t approve of the WhistlinDiesel business model. However, if this isn’t top-tier automotive entertainment with a comedic flair, we aren’t quite sure what it is.

Certainly, at this point in time, most folks are probably familiar with what our host of these videos is up to. Sure, he makes different types of content these days but it seems as if the core comes down to destruction. The channel has evolved but every now and then, we get back to the roots of destroying expensive vehicles in front of people who would probably love to have them.

This time, the truck in question is a classic Ford F-250 and it’s a pretty awesome-looking ride. The old-school truck has a nice flare of vintage and it looks pretty darn clean. Once they roll it over and observe the undercarriage, there seems to be a couple of sketchy repairs but the truck would probably still make a pretty darn sweet ride for summer to hit the beach or the dunes.

Our host, WD, is having none of that, though, as he decided that he wanted to have fun with this thing, even if it meant destroying it. In fact, the people who gave it to him said that they wanted it to exist no longer. If there’s one guy on YouTube who is good for making things exist no longer, this is your candidate.

If you have snowflake tendencies, we would probably recommend staying away from the video down below. It showcases what was once a pretty clean-looking Ford that has since found its way to become a mangled-up mass of parts that resembles a ball. We have to admit it not only is this one interesting to watch for the destruction but we laughed a couple of times along the way as well.