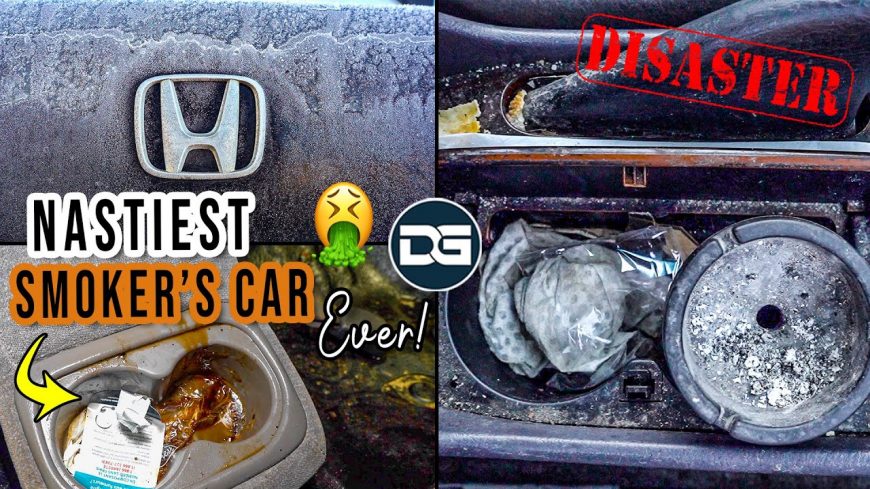 For anyone who has spent time in the automotive resale market, there is one thing that most will try to avoid. Hopping in a car and smelling the strong odor of cigarette smoke is a good way to turn off a lot of potential buyers. To make matters worse, the smell isn’t just repulsive. It also usually ends up being nearly impossible to get out of a car entirely.

In most cases, we would probably recommend staying away from smokers’ cars altogether. However, for those who don’t have much of a choice or are very determined, there are extensive cleaning methods that one can go through in order to make these cars smell like something other than the bottom of an ashtray.

This time, we get the opportunity to ride along with the process that goes into making a smoker’s car smell new again. The process is about as gross as it is satisfying. Wrap your head around that.

In this one, we ride along with a YouTube detailer who goes by the name of The Detail Geek. When he takes possession of this particular Honda, he does note that it’s potentially the nastiest smoker’s car he has ever been around. Given that he’s a detailer, we’re sure that he has seen more than a few smoker’s cars which makes this one especially gross. However, that doesn’t stop him from taking it upon himself to dig into it and get to work.

By following along with the video below, we’re handed some of the tips and tricks that can bring a car like this back to life again. At the end of the day, it’s crazy how many cars pop up with this issue. With a little bit of elbow grease, some determination, and a nice set of tools, though, it doesn’t have to be an issue at all.

« Follow Along as a Miniature Cybertruck Comes to Life