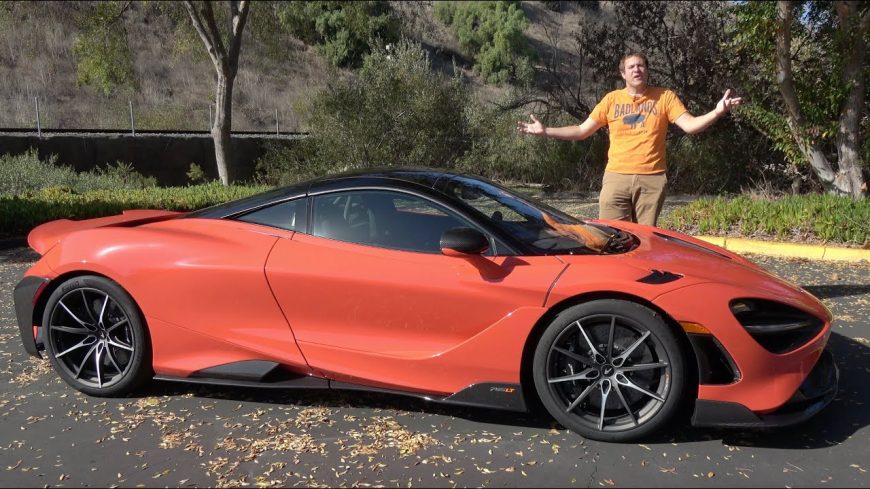 For those who are tasked with a good problem to have when it comes to picking out a McLaren for themselves, there are a lot of options to choose from. In a world of mass customization, the buyer is going to have options galore.

Some of these choices will tailor to preferences but many of them are definitely going to depend upon how much money you have to spend. This is especially true in the world of high-end exotics where dollar figures can quickly spiral out of control.

Although, if somebody finds the right car, it’ll be worth every dollar spent and then some. For those who find just the right machine, it can really provide the experience of a lifetime, putting them behind the wheel of a machine that dreams are made of.

This time, the potential dream machine that we check out is one from the McLaren wheelhouse. For those who would say that they are fans of the McLaren 720S, the 765LT is basically a high-performance version of the model that 720S fans know and love. For starters, this high-performance 720S, if you will, takes the liberty of boosting the horsepower figure from 710 hp to 754. In addition, the car lightens up a little bit for more crisp and nimble handling around the corners.

Now, asking $60,000 more off the bat is definitely quite a substantial price hike. However, owners of the 765LT will live comfortably knowing that only 765 versions of this car will ever exist worldwide.

Following along with the video below, we learn all about the ins and outs that make the 765LT quite the crazy option that could be yours.