For those who recognize the “AM General” name, it’s probably for ...

For those who recognize the “AM General” name, it’s probably for their military vehicle outfitting. Most notably, the Humvees that they produce have been tailored to military spec. These trucks have served as the main workhorse in the military for quite some time. It almost leads one to wonder when the platform will change. We’re not necessarily saying that will be the case here, but there is a reason for excitement.

One of the main functions of an all-terrain vehicle like the Jeep Gladiator is to provide ultimate utility. There’s a certain appeal and satisfaction when it comes to using a vehicle for its utility based purpose. For those who know this feeling, get ready to fantasize.

With that, we introduce the Jeep Gladiator Extreme Military Grade Truck or “XMT” for short. What we’re essentially looking at here is a potential replacement for the Humvee that’s both lighter and possibly even more versatile.

When is it coming?

Don’t get too excited just yet, but it seems as if perhaps, AM General will soon be producing their own line of custom Jeep Gladiators. A collaboration with Fiat Chrysler could make just that idea come to life.  As of now, it’s just a concept but could go into production as soon as 2020 if this thing catches on. So what is the “thing” that we’re talking about?

How is it equipped?

Essentially, it all starts with a Gladiator. While we’ve been given a peek at the prototype, there isn’t much out there as far as details aside from a few key factors. From what we understand, in addition to the Jeep’s already potent 3.6L, there will be a diesel option. Beyond that, your guess is as good as ours.

Moving on to functionality, configurations will allow options for an open or enclosed rear. Visually, we’re able to inspect a front-mounted winch and brush guard upgrades. Furthermore, we learn that the Jeep will have locking differentials, and upgraded skid plate protection according to CNet.

How Can You Get One?

As of now, we can’t help but be excited. We’re going to curb ourselves, though, for two reasons. The first is that we aren’t 100% sure that this thing is going to make it to production. The second reason follows that it will only be available to military customers. That means that you’re going to have to know someone to get one of these things or you’re just going to have to wait until they pop up at a surplus auction. 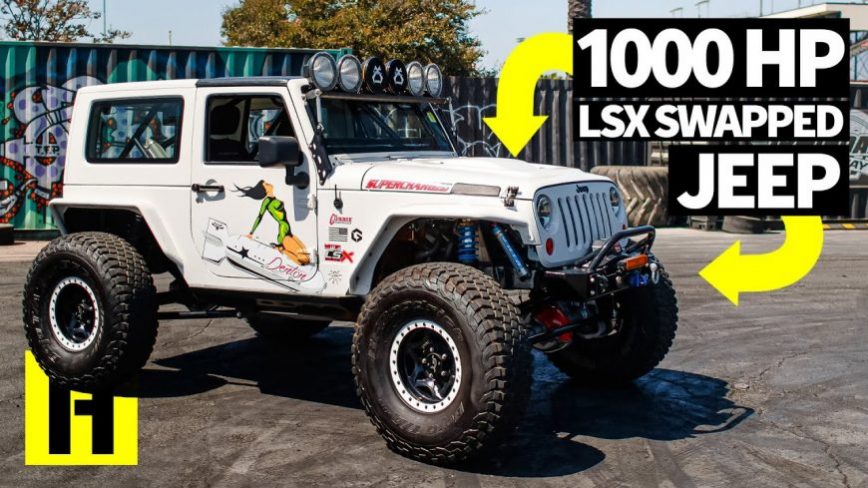