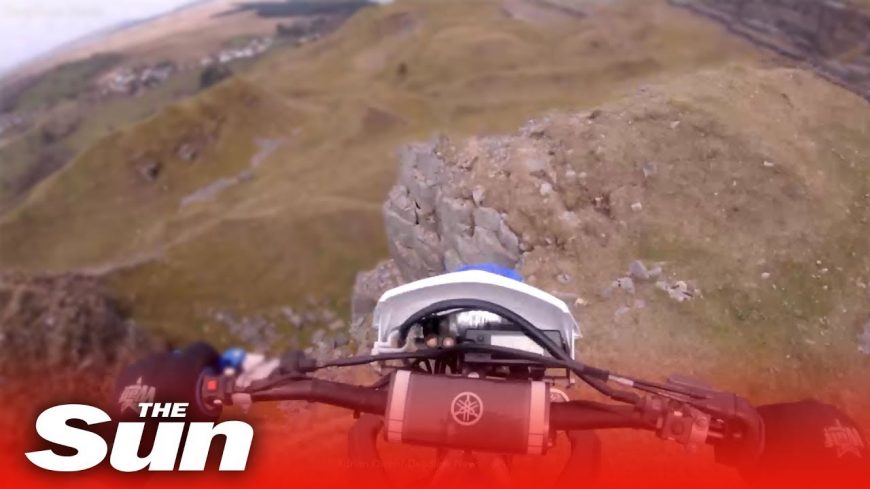 There’s something about exploration and the search for a thrill that has some ready to hit the road. This time, actually, an adventurer is veering off of the beaten path, instead! Because of the lack of development, this area provided an extra reason to be attentive. One never knows what lies ahead in this sort of foreign terrain.

The thought that there might be something out there incredibly new and exciting really might give us a head of steam. However, sometimes, it’s necessary to temper that excitement in favor of making safer decisions. In that excitement, sometimes, it can be easy to let the situation quickly slip away. I think that most of us have been in a situation like that. For a select few, though, it gets even scarier. When riding a dirt bike through treacherous terrain in the mountains, the smallest slip could mean the difference between life and death.

While 25-year-old, Adrien Owen, did end up suffering quite the fall, luckily, he was able to make his way away from the scene with his life intact. After plummeting from a quarry edge in Merthyr, he would be left with what was described as “significant injuries.”

Fortunately, for Owen, there were other parties who witnessed the incident and what immediately called emergency services. He would be airlifted away from the scene to receive immediate medical attention.

As we have come to expect with a variety of action sports sequences, the entire thing was captured on an action camera. From the point of view of the camera, it’s pretty easy to see how this could be a common mistake. This video serves as a valuable teaching tool for other riders who might want to ride in a similar manner. With all factors considered, the folks in the air ambulance consider Owen “Lucky to be alive.”

« Mustangs Now Attack in Packs, Double the Trouble and Out of Control