Mustangs Now Attack in Packs, Double the Trouble and Out of Control 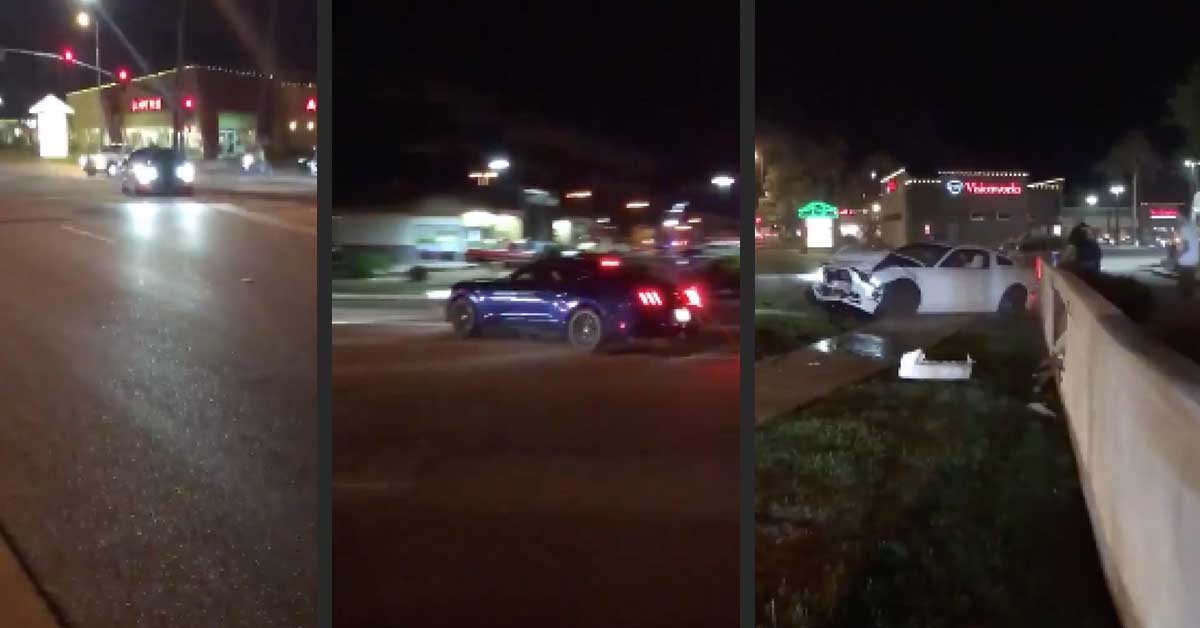 There’s an aspect of the reputation that Ford Mustang others have gained that they have learned to loathe. This surrounds that of crashing whenever they lay into the throttle. We’re sure that people talking about running into crowds all the time probably gets old. I don’t even own a Mustang and even I can see that the idea is aging poorly. It certainly isn’t a fan favorite in the Mustang community but it seems like it’s all too prevalent to ignore. In fact, every time the joke dies down, out comes another viral video to spark the conversation up once again.

Every time that the reputation starts to wear off, someone else gets a little bit too gas pedal happy and ends up losing control of their ride and putting it into the crowd or a nearby permanent fixture. In this one, we check out not just one but two Mustangs losing control as they leave a local car meet. It’s quite the scene as the duo manages to slide across the road. They don’t land softly, either. Both cars end up doing some major damage as they make their way to a painful experience.

Now, as much as these owners would probably like to avoid the jokes that come with their car selection, it’s kind of hard to ignore when you see two of them crashing at the same time. When we check out the video below, we see the cringe-worthy moment when one Mustang comes out of the meet sliding sideways. It ends up doing a 180-degree spin. Luckily, the car doesn’t end up playing tag with anyone or anything. This is followed up by another car that isn’t as lucky. The driver not only spins out but runs into a wall as well. This collision ends up doing some big-time damage to the car and surroundings alike. Looks like this driver’s night just got a whole lot longer.