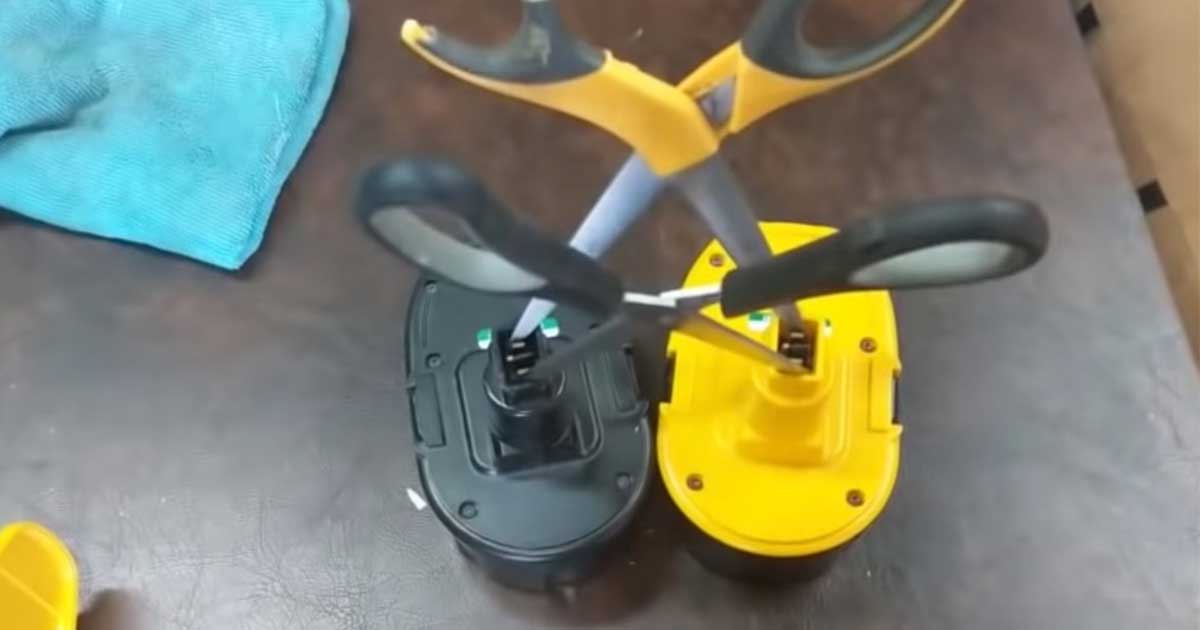 Buying tools can be an incredibly expensive endeavor. This is amplified when we start to add power tools to the collection. Not only does one need to purchase the expensive tools themselves but also, batteries are necessary in order to make sure that the tools work. It’s not just a one-time deal, though. Instead, when batteries go bad, they need to be replaced and can often add up those dollar signs rather quickly.

With all of that in mind, we obviously want to make sure that we are getting the most out of our power tool batteries. We wouldn’t put it past a company to build in a point of failure where consumers would have to go out and buy another battery. We aren’t necessarily saying that’s the case here but even when your battery seems dead, there’s a good chance it might be able to be revived and brought back to life once again.

I’m not sure about everybody but for me, I would probably rather try a couple of quick tricks in the garage to bring my battery back to life instead of just going out and throwing money at a new one. In this particular example, we check in with a pair of DeWalt batteries that can be upwards of $50 each.

This time, with a couple of simple supplies and a spare battery, we check in with a process that will help the charge that dead battery when the charger simply refuses to do the job. We would recommend only trying this at your own risk, knowing that it’s likely a dangerous process that could injure the user if done improperly and it may potentially fry a battery in the process. However, for those who have an inkling of how stuff like this works, it could be a way to bring a battery back from the grave and prevent opening up the good old wallet.