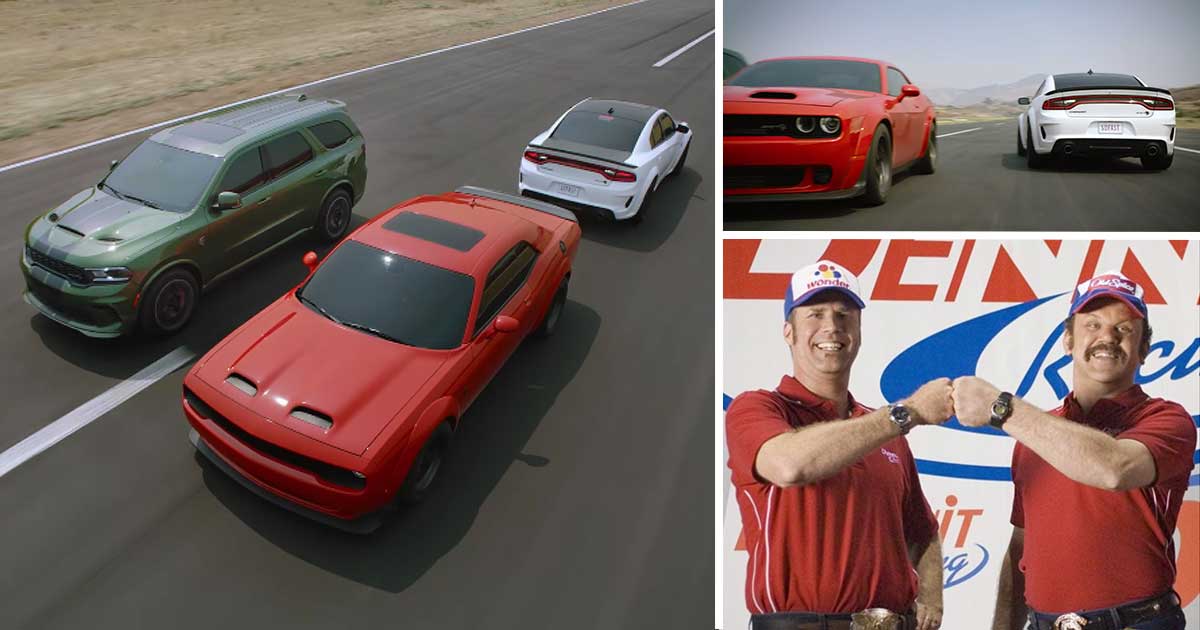 As car fans, I think that sometimes, the enthusiast community can expect something a little bit different than what most people are looking for. For example, to us, seeing a bland sedan rolling through a luscious landscape with some elevator music playing in the background isn’t exactly what’s going to sell us on a car. However, when you ask the vast majority of people about something like this, they probably have no idea what we’re talking about.

Instead, it can be kind of refreshing in a way to see a little bit of flavor tossed in the mix by the marketing department. For example, when you throw Reese Bobby, as portrayed by Gary Cole, into a commercial with a couple of Talladega Nights references, it’s definitely one way to really catch the eye of those who are likely shopping for something like a Hellcat.

This time, we check in with a pretty neat commercial as Dodge inserts some comedic flair in the mix. This one really goes back in time to the 2006 hit movie, Talladega Nights. When we think about it, I guess that that demographic who is old enough to finally purchase these dream machines probably grew up laughing at this flick headed by Will Ferrell and John C Reilly.

Below, we watch the commercial in action that mixes things up from the bland *BLAH* that we’re used to seeing from overly conservative car ads. If we were to categorize Dodge, we would probably say that they’re one of the “fun” automakers these days. It really does seem like the manufacture is one that cares about the performance community and they take another step toward that reputation with a commercial like this. If nothing else, though, this is just a good time in a commercial that definitely has our attention focused on Dodge.

« Kamikaze Gives His Version of the Crash that Destroyed the Elco