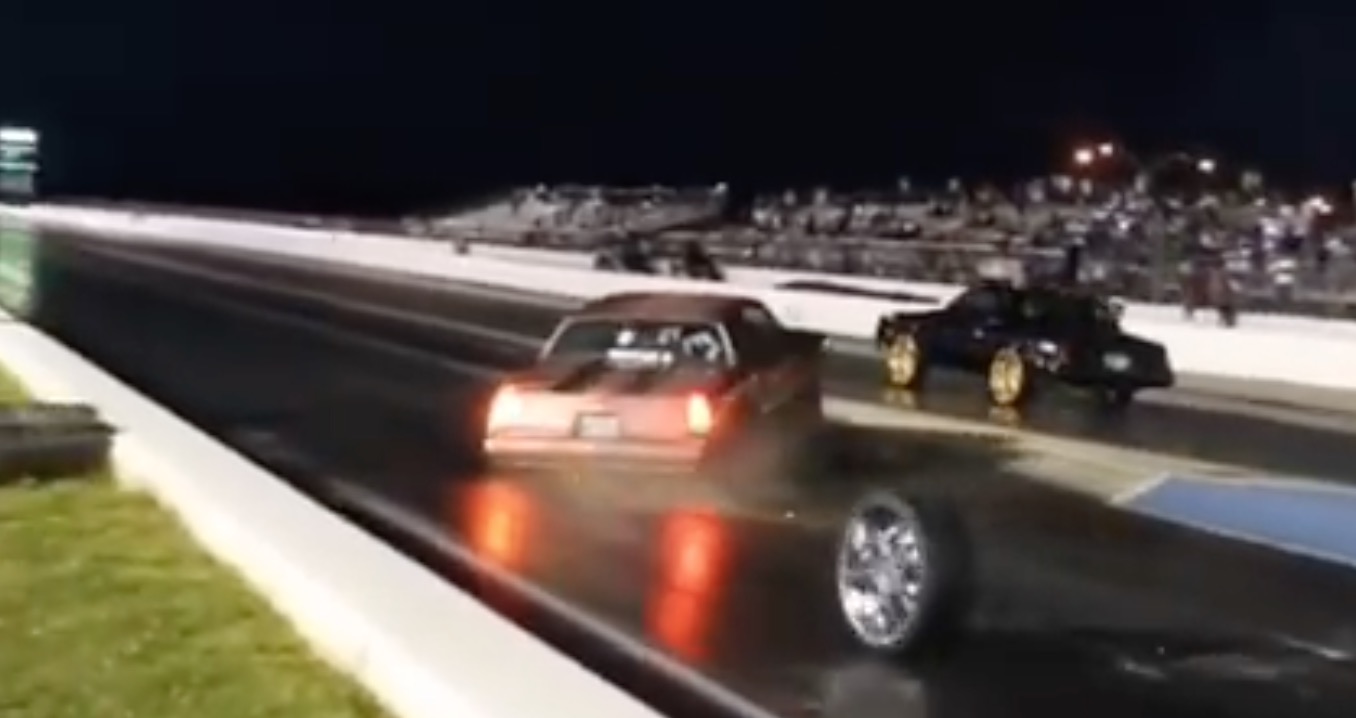 Donks are one of those things that tend to polarize people. We either tend to love them or hate them. I hated them personally until they started getting down on the drag strip, and now I love them because I like all drag racing. However, a lot of these guys are learning hard lessons about drag racing as they push these rides to their limits, and luckily a lot of those lessons are caught on video for us to share.

This car, a donked out G Body on what looks to be a set of 22” chrome wheels, is lined up with another G Body on gold wheels at Memphis International Raceway for a heads up grudge race. There’s a huge crowd gathered behind the cars, showing how popular these rides have become in the drag racing world. Both cars bump into the staging beams and wait for the tree to falls. A flash of amber followed by the green light and both drivers stomp on the gas, each hoping to get to the finish line first and take the win and whatever money they had riding on the race.

However, for the car in the near lane, the race ends way too early. It sounds like the nitrous is just coming on when disaster strikes in the strangest of ways. You can easily hear the engine starting to really build power when the rear of the car leaps into the air, then you see the problem: both rear wheels have broken free of the car and go rolling down the track on their own, leaving the car to plop down onto the track surface.

With both wheels being ejected from the car, the rear end of the Monte Carlo slams to the ground, riding on the brake rotors, which obviously provide nothing in the way of traction. The driver instinctively slams on the brakes, and the car spins to a stop just past the 60’ cones. The wheels continue a little farther down track, farther than the car itself made it, before the video ends.

We don’t know what broke to cause the car to pitch both rear wheels, whether it be lugs that just weren’t up to handle all the torque or if something in the wheel itself gave way and caused the issue. Either way, we bet this guy checks everything over an extra time or two before his next pass down the track.