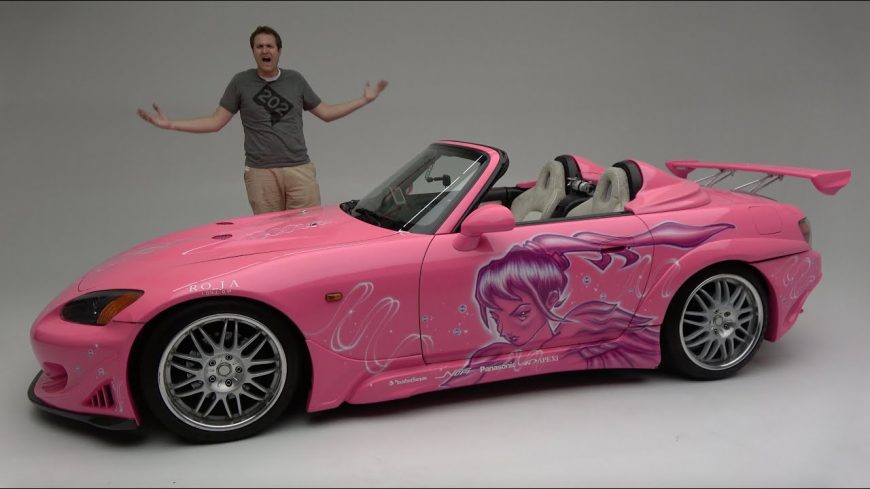 It seems as if his car candidates fall into one of two categories. First, he likes to show off some of the more obscure creations that have happened over the years. Surely, there have been times where automotive manufacturers have lost their minds. Because of this, certain cars live on in automotive folklore forever and when DeMuro can get his hands on these cars, he reviews them.

On the other hand, he will check out a variety of new offerings to the market. When a vehicle comes out that DeMuro finds interesting, you can bet your bottom dollar that we will find a video of it on his channel. In these videos, he famously explores the vehicles’ “Quirks and features,” exposing every last square inch of said vehicles. In fact, we would say that there aren’t too many reviews out there that go more in-depth and really give a good idea of what one might get with such a car or truck.

This time, though, our host goes a little bit outside of his normal review. Instead of a factory car, he dives into the likes of a movie car. Such a review is rather interesting because we usually don’t get to get an up-close and personal view of machines like these. At the end of the day, these sorts of cars were created to look good on camera but might not exactly hold up in real life. After all, why spend a budget on everything when it’s not going to add to the production value?

By following along with the video below, we get a tour of a Honda S2000 most gearheads are probably at least somewhat familiar with. It’s kind of interesting to see how they made this car look its best for the cameras! Some of their methods might be just a little bit unconventional.