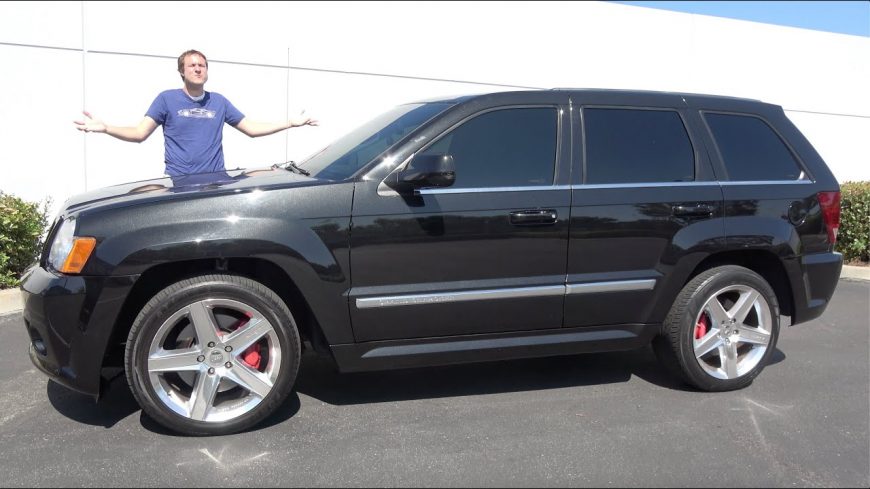 If there is one segment that we think doesn’t get enough love, it’s that of the performance SUV. What could possibly be better than enough space to haul around the whole family all while having something that has some get up and go and is definitely going to turn a couple of heads? At the end of the day, there is nothing that one of these machines can’t do.

These days, we have some pretty insane Jeeps on the market. The Jeep Grand Cherokee Trackhawk, for example, is one insane ride that makes over 700 hp and has enough space to get the kids to soccer practice all while throwing groceries in the back. However, those who were around in the early 2000s remember the more modest roots of the SRT Jeep that were still incredibly awesome. It all started when the WK platform met some extra performance and Jeep hasn’t looked back since.

This time, the one and only Doug DeMuro takes us on a walk down memory lane to remember one of the vehicles that were there toward the beginning of the performance SUV market. Even though there were others that might have come before it, we might even argue that the SRT8 Jeep was one of those that did it the best. This thing could really do it all and then some.

Down in the video below, we check in with the icon as it resides these days. The video takes us on a complete tour of the SUV that’s so many people had their eye on when these things were rolling off of dealership lots.

Even though it can be difficult to predict what cars are going to be worth in the future, we got a sneaky suspicion that maybe the SRT Jeep will be an icon that folks are willing to pay for!