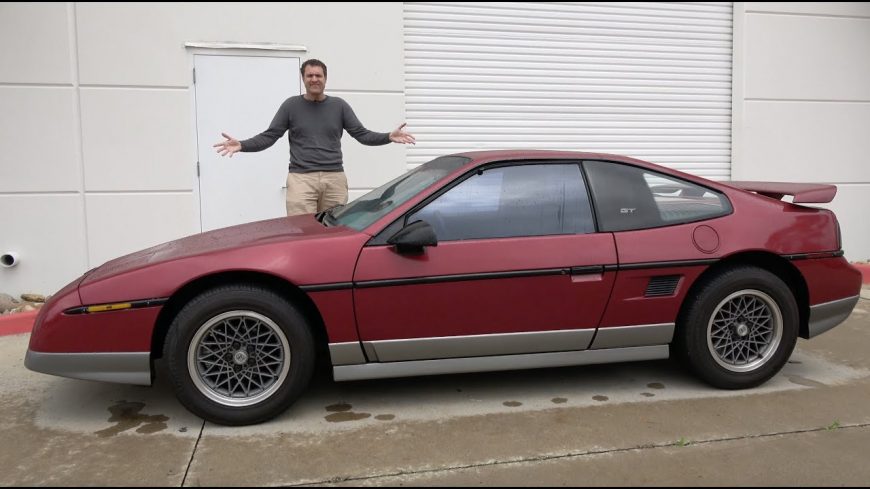 Without taking chances in pretty much any industry, I think that it’s safe to say that the industry would remain stagnant, get boring, and probably end up folding on itself before long due to inefficiency. Therefore, with a line of thought like this, you can definitely appreciate the concept behind the Pontiac Fiero. Some say that the car was ahead of its time. Others say that it wasn’t destined to be. In any situation, the car didn’t live a very long life but quickly became a cult favorite.

In this day and age, its presence is incredibly sparse. However, whenever one makes an appearance, it can certainly end up being a conversation piece. These things aren’t a vehicle that can compare to all that many others. Whether that’s for better or worse is up to the set of eyes that it’s being viewed from. While the car is pleasantly 80s, it’s still hard to compare it to others of the era. Even machines from within General Motors’s wheelhouse prove to be entirely different beasts.

In this video, we get the full rundown of what exactly Doug DeMuro thinks of the Pontiac Fiero. He leverages his opinion on why he thinks that this thing is as quirky as it is. The Fiero is definitely something that is worth digging into. These days, I thknk that it’s fair to say that the car even goes so far as being rare.

This is definitely an interesting perspective that would be one worth giving a listen to. Down below you can hear all the Doug has to say about this offbeat automobile. As usual, Doug dives into every last piece that makes the car. No stone is left unturned here.

For those that want to be a little bit different, the Fiero is probably a good bet.