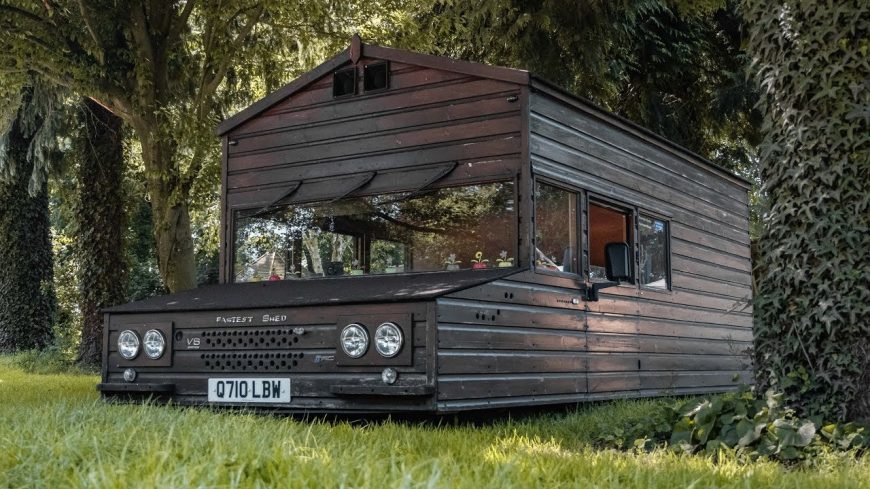 When it comes to getting yourself in the Guinness Book of World Records, there are a lot of ways to do it. Some of them are a little bit more unconventional than others. This time, we came in contact with one record that might be one of the most off-the-wall we have ever seen.

Within the pages of the Guinness Book of World Records, there are probably plenty for top speed. Whether it’s on a bike or in a car, all sorts of records like this exist. However, we think that this one really stands out on its own. This individual has decided that he would take on the record of building the world’s fastest shed. Yes, this thing is exactly what you’re picturing in your head. We were simply intrigued to be able to get inside and check out some of the details.

Sitting on the frame of a Volkswagen, this might be one of the most obscure machines we have ever seen. Not only has the owner managed to get a shed to drive, though. He has also taken it to some insane speeds as well. From the get-go, the 2.8 L V6 was pulled out of the Volkswagen and replaced with a 4.2L V8 pulled from an Audi RS4. Among the other one-of-a-kind modifications, the owner believes it to also be the first RS4 engine to be swapped into a Volkswagen like this.

When all is said and done, the shed has managed to get to a top speed of 112.68 mph. This comes in spite of its incredibly terrible aerodynamics, as one might imagine. Nonetheless, the Frankenstein machine has managed to stake its claim in the record books. Believe it or not, it’s not the only one in the running for the world’s fastest shed record, either. It just so happens to be the best, though!

« Kamikaze Chris Gets Behind The Wheel of a Twin Turbo Malibu