Dozens of New Vehicles Get Destroyed in Nevada Train Derailment 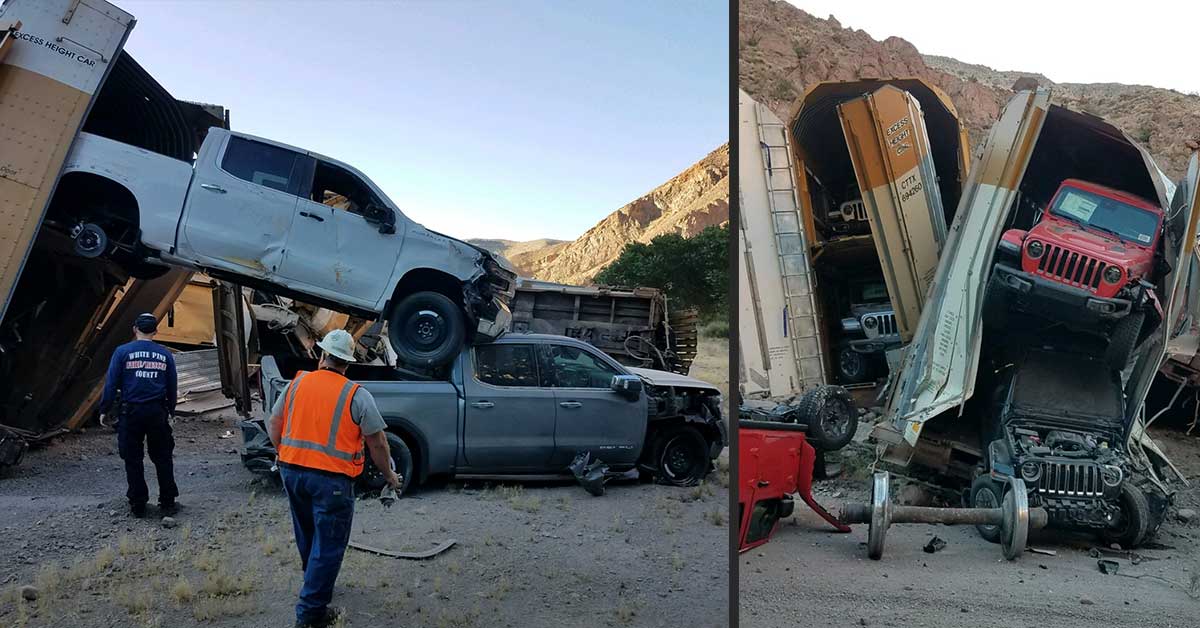 Sometimes, you just have to admit that it’s not your day and start over again tomorrow. For whoever was responsible for the derailment of a train in Nevada on Wednesday, that’s probably the best advice that we could give. Accidents definitely happen. Sometimes, though, the results of said accident might have a domino effect that ends up spiraling out of control.

This particular accident would end up derailing a train and it was no small matter. Instead, 33 train cars in total would end up finding their way off the tracks. After tipping over, all of the cargo would become a mangled mess as it would lay on the ground.

Fox 13 in Salt Lake City tells us “Lincoln County Sheriff Kerry Lee confirmed the crash just after 9:00 a.m. and said it happened about 30 miles from the Utah-Nevada border.”

He would continue to explain that it was one of the messier incidents that he’s come across. Among the cargo affected and said carnage seems to be mostly Jeeps and GM pickups. It doesn’t look like too many of them made it out without damage. The few images that we did see of the matter showed the vehicles laying all over the place with massive body damage. There’s going to be quite the insurance claim after this one.

No matter how unfortunate a situation, most of the time, there is a silver lining to be found. This time, that silver lining comes in the fact that the dangerous cargo on this train wasn’t affected by the incident. We were told that a hazmat tanker was two cars away from being derailed as well. Cleaning up hard goods is one thing. However, the number of resources and time required to clean up hazardous materials would’ve been a lot heftier. In addition, no injuries were reported as a result of the accident.