Drag Racing In A Hyper Car: The Million Dollar Senna Hits The Strip 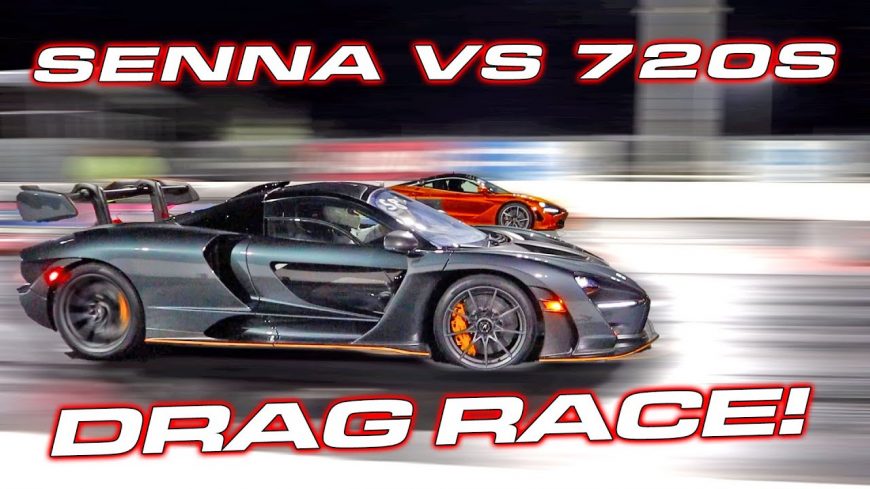 What exactly is it that $1 million buys these days?

As it turns out, for most people, $1 million can buy a lot. For the average American, that’s a handful of homes! However, when we dive into the world of high-end exotic cars, it might mean having to pick one over the other. In fact, some machines manage to push their way well past the $1 million mark.

However, for those looking to spend exactly $1 million, the McLaren Senna comes in right at that price tag. So, what exactly is it that this car is made of? One would have to be getting quite the performance package for such an asking price, right?

As it turns out, under the hood of this one, we find nearly 800 hp. That power combined with the rest of the car is good for a sub 10-second quarter mile. Now, this isn’t necessarily a car that somebody’s going to buy and go straight to the drag strip with, in most cases. In fact, we would probably argue that it’s not really a car made for racing in a straight line at all. That isn’t to say that it won’t be able to hold its own if put in that situation, though.

This time, we get to see exactly what it is that the Senna would do if it was put in that situation. In the world where not many people are going to take this sort of car to the strip, the DragTimes crew is definitely putting on a dream situation here.

Below, we get to see the monster in action as it takes on the likes of a McLaren 720S during a drag racing shoot out. If this isn’t what dreams are made of then we don’t know quite what it is. There’s just something so special about watching a car like this try to sprint down the quarter-mile that really puts us on edge and gets us ready to go racing ourselves.

« Is the 2021 Dodge Challenger Super Stock the Monster Dodge Claims it to Be?