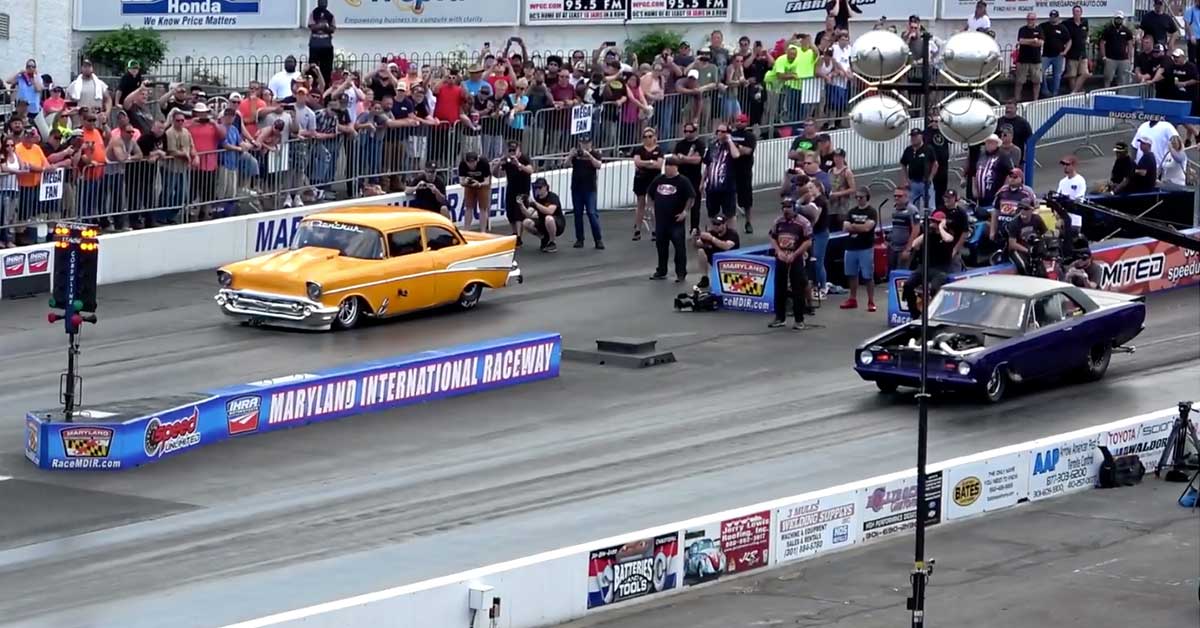 When we’re talking no prep events with big names showing up, we can expect that there will be plenty of drama. This comes not only behind-the-scenes but also on the track. These guys are really the best in the business and are going to bring their A-game to the table. This ends up creating some matchups that we have absolutely got to see.

In this particular situation, we head straight to an intense race. This one has some of the best in the business squaring up. In one lane we have Jeff Lutz in the 57 and he’s throwing down against Megalodon. You can bet that both drivers are fully aware that they need to swing for the fences here.

When a race like this comes around, it’s always something that we’re ready to indulge in. These guys have had some awesome throwdowns out there on the track. Once upon a time, we even saw them race for six figures! With that in mind, it’s always a pleasure to see who can best the other. Having a history really can make a race all that much more interesting. In turn, it’s one of those races where we can never really tell who is taking the bag until the win light clicks on.

It all unfolds in the video below as you’ll be taken to the scene of the action thanks to the TomEighty to see which one of these drivers is going to manage to pull one out of their hat here and overcome the other. With such intense competition, there’s absolutely no room for a mistake on either end. Both drivers will have to be just about perfect in order to take a victory here. This is especially true taking time to consider the extra intensity delivered by a no prep surface. This one is guaranteed to be a real slobber knocker right down to the last inch at No Prep Kings from Maryland International Raceway.

« Dodge Has Dropped a Demon Powered Durango in Our Laps