When working on a high-performance engine or any engine for that matter, it’s ...

When working on a high-performance engine or any engine for that matter, it’s important to stay on your toes because lots of moving parts and high-pressure systems make for a situation that is quite volatile and could erupt at any minute so you have to be ready!

In the situation, it doesn’t look like there was anything at this guy could do as he was working on his drag machine and the situation escalated quite quickly as the engine got rowdy and decided that it was going to pop, doing so right in this poor guy’s face.

It’s unclear if he was alright or not but hopefully, he didn’t sustain too much damage from the engine’s lack of playing fair. Things like this can lurk around any corner so you can see why it is so important to practice proper safety protocol like wearing your safety glasses at all times!

Check out the scene below as the dragster is fired up before exploding on the spot and somebody is standing nearby with a camera that captures the explosion and even plays it back in slow motion.

This is why you always wear eye protection, Supercharger explodes in mechanics face 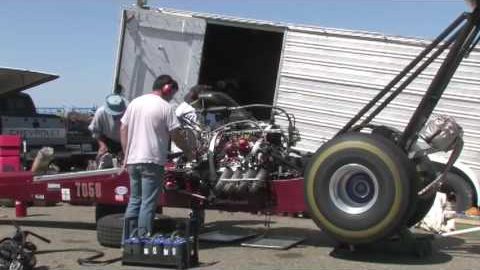