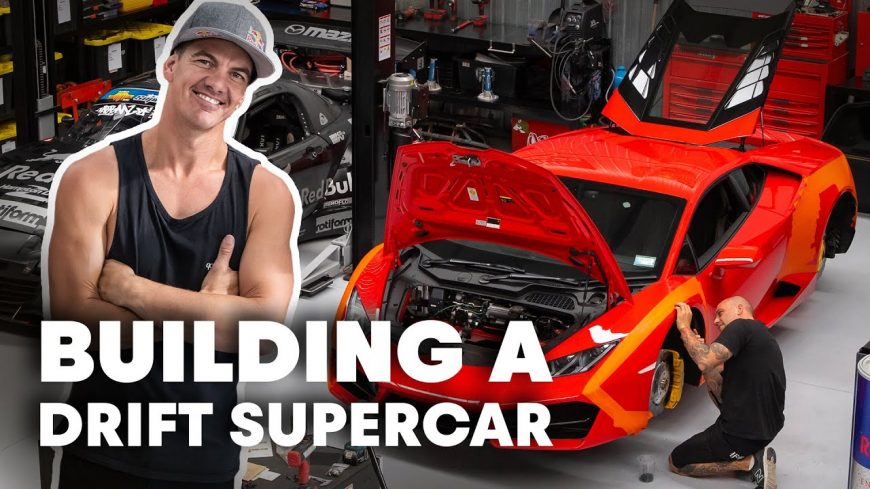 There’s something pretty unnerving about chopping up a brand-new Lamborghini Huracan. After all, these cars are worth hundreds of thousands of dollars and are highly revered by many. The panels would cost thousands of dollars to replace. However, with enough confidence and vision, cutting one up might be the juice that’s worth the squeeze. Even just watching the build process begin, though, is enough to set one on edge. One false move and big time money could be making its way down the drain.

This time, we ride along with drifter, Michael Whidett, better known as “Mad Mike” as he takes us on such a journey. The goal at hand here is to take said Lamborghini and turn it into a drifting powerhouse. Normally, Mike has been known for drifting his rotary powered cars. This time, however, an exotic is being thrown into the fold to mix things up just a little bit.

In a previous video from Red Bull, we spectated the planning process as the car was taken to the track to test. As one might imagine, the platform wasn’t exactly designed to go sideways. Instead, the car seemed to fight Mike on just about every single corner. This is where they came up with their plan of action to make the car act better, though.

After concocting some steps to move forward, eventually, the crew would jump into action. In this one, we follow along as the build begins to gather momentum. Yes, this means the point in time where the internet is going to go crazy after they start to chop up the brand-new Lamborghini. We can see why this point would be one that the fans like to latch on to.

It seems like a risky undertaking. However, if there’s a group of folks who can get it done, you’re looking at them!