Driver Tries to J-Turn, Rolls Over Range Rover in his Own Driveway 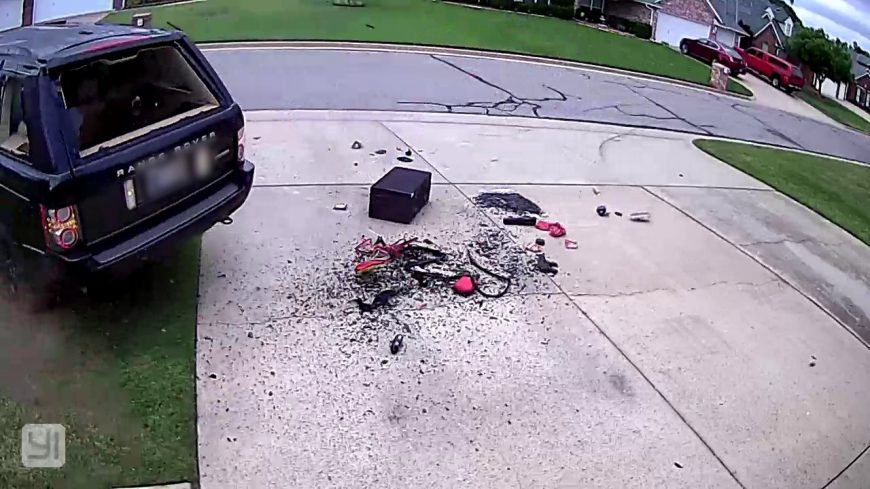 When you’re watching your favorite television show and see the disclaimer to not try the action sequences at home, believe it or not, there’s a reason for it because if you don’t know what you’re doing, there’s a good chance that you’ll end up like the guy in this Range Rover.

From a security camera, we watch as the driver rolls down the street in reverse and tries to execute a J-turn to slide right into the driveway and the scene ends up taking a turn for the worse as the driver completely botches the maneuver and lives to regret it.

The suspense builds as the SUV rolls up to the driveway and, at a moment’s notice, whips around and ends up catching the curb and rolling on its roof! That one couldn’t have felt good and this driver most certainly had to be at a loss. He couldn’t have been expecting that to happen!

Check out the video below that shows the incident that the neighbors will be talking about for years! This one might have been an expensive lesson but I’d venture to say that this driver will never be trying to pull off a stunt like that again – camera rolling or not!