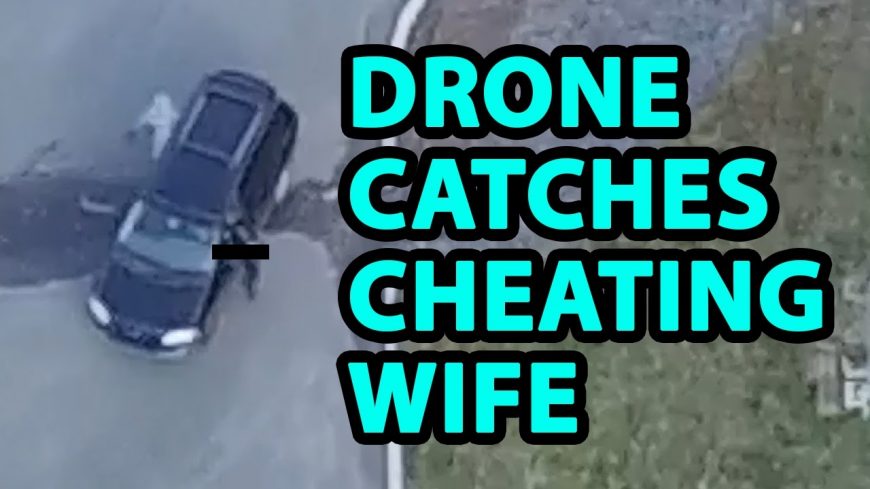 It seems like in this day and age, there are too many people who just simply can’t seem to keep it in their pants. The concept is simple. If you don’t love your significant other, you leave them or you work out your issues. How difficult would that be?

Well, if you asked this wife of 18 years that question, she would probably have a little bit different of a viewpoint than we do because when she wasn’t getting something that she apparently desperately needed from her husband, she went elsewhere to seek it out.

When her husband noticed that something fishy was going on, he would hop to action in order to see if the worst that he had feared for was true or not. When tailing her didn’t work out, he pulled out his drone to follow her and see if she was really going to work early like she was more commonly saying that she was.

When the drone launched into the air, this husband found about the last thing that anyone in a relationship would want to see and he ended up posting it to the internet for all to share in. We’re not sure if this successful drone investigation served any justice but we’re glad that this guy now has a little bit of insight on a crappy situation. Hopefully, all works out well for this guy in his bad situation.