Dropping a Brand New G-Wagon Through a House 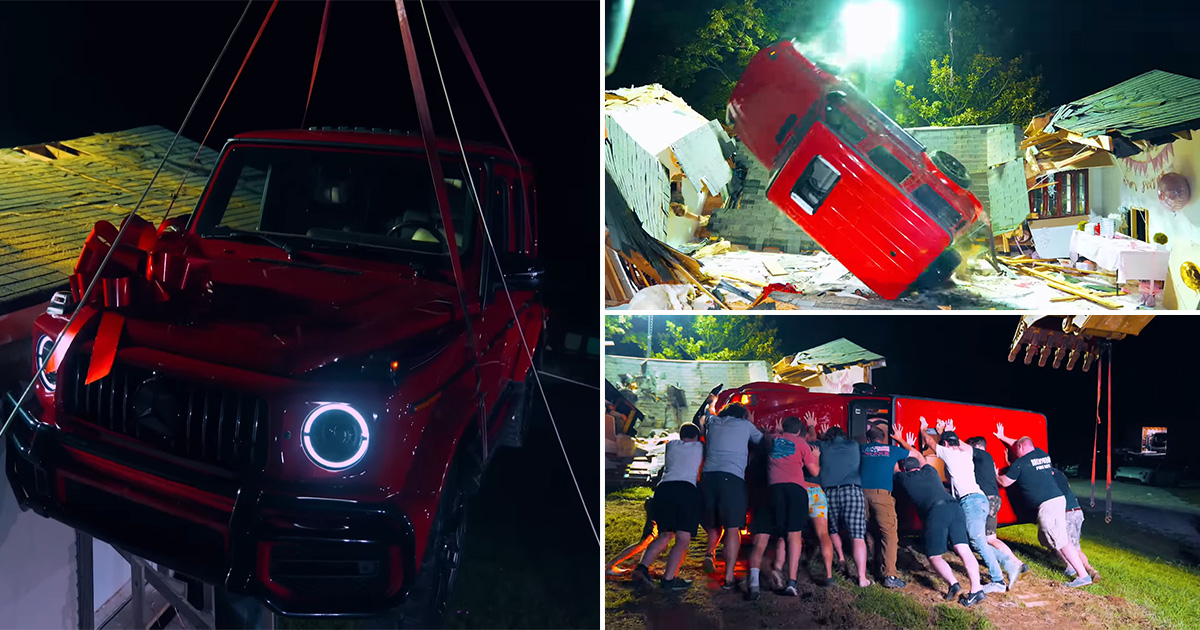 Needless to say, popular YouTube creator, WhistlinDiesel, has been nothing short of controversial ever since his debut in the world of YouTube. After smashing his way through hundreds of thousands of dollars in cars, he’s gained himself a reputation for mayhem. It doesn’t matter what kind of highly regarded car or truck he’s behind the wheel of, there’s a pretty good chance that no matter what it is, it’s probably going to get destroyed at one point or another.

Say what you will about the act but it really does seem as if this creator is doing his best to bring quality entertainment to the space. In this particular instance, he even tells us that he spent as much as $50,000 for one particular video shoot (in addition to the six-figure luxury SUV) that might’ve not exactly gone as according to plan.

Recently, we watched as our host took the likes of a brand new G-Wagon that he has used in a couple of videos and decided to drop it through the top of a “house.” The concept was to put together a skit where an ungrateful child wanted this luxurious Benz for her birthday. After rejecting another gift, the luxury SUV would be dropped through the ceiling of the living room in which the skit took place.

This time, WhistlinDiesel takes a moment to explain, in his very own unique way, exactly how the skit went down and what is all involved in making content like this come to life. Perhaps, with a behind-the-scenes video like this, some will be able to appreciate what goes into videos like these just a little bit more and realize that it’s not as simple as taking a high-dollar machine and beating the life out of it.

Maybe one day, WD will even be a Hollywood director, who knows?