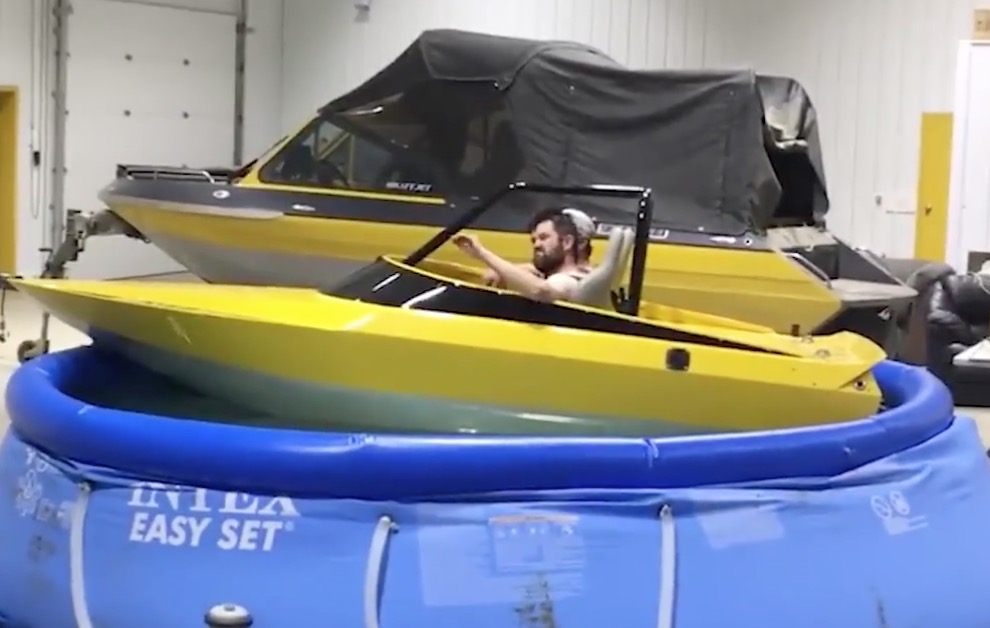 As an adult, you have probably been in a situation where you feel like maybe you’ve had a little bit too much to drink. In a situation like this, it’s important to be responsible and not drink and drive. However, I don’t think that you could consider with these guys are doing all that irresponsible when they got behind the wheel. This might be one of the few times that you could possibly say that and the result of their actions ended up being quite hilarious instead something ugly like we normally see in drinking and driving situations.

I think that just about everybody is laughing at this one except for the woman in the video probably doesn’t even know what to think of the whole situation. There’s certainly a lot of ways to have fun and while this one might be unconventional, but you can’t deny that the guys pictured in this video are having an absolute blast and something else tells me that they’re going to have a little bit of an issue cleaning up all of that mess in the morning, though. I guess that, at the end of the day, the only damage that might’ve been done would be to their own property so you can’t really fault these overgrown children for having a good time under their own roof!

Check out the video down below that shows off this quite idiotic display that might just give you a little bit of a chuckle today. I’m not necessarily sure if I would recommend trying to operate a boat inside of a small pool, though. After checking this one out yourself, be sure to tell us what you think of these antics that escalated mighty quickly and ended up with a viral video that half of the internet has probably seen by now.

« Teen Needs Your Help to Enter His ’67 Impala SS into Young Guns Build Off For SEMA 2019.