Teen Needs Your Help to Enter His ’67 Impala SS into Young Guns Build Off For SEMA 2019.

Teen Needs Your Help to Enter His ’67 Impala SS into Young Guns Build Off For SEMA 2019.

This is my 1967 Impala SS that I began building when I was 14 years old. My dad’s first car was a 1967 Impala SS that my grandpa bought brand new, so this is the 3rd generation Impala. When my dad restores that car he painted it black and lowered it, hence the reason my car is black lowered. This is all his fault. I pulled the car out of the corner of our shop and started tearing it apart with no prior experience, so this was my first encounter with a bunch of rust nuts and bolts that always break off.

The first part of the car that was worked on was the frame, I had it sandblasted and painted it with a chassis black. The frame got all new bushing and suspension parts. After that the fun work started, I had to replace the quarter panels and if you have ever looked for a 1967 Impala SS quarter panel you will find that the only way that they come is from the body line down and they split in the middle of the wheel opening.

I had a lot of splicing and welding it to do to get it just right for the bodywork. The bodywork took about a summer to complete because of the multiple priming and blocking’s that it got since I knew it was going to be black. Finally, the car was in the paint booth ready to be sprayed, the color on the car is full black, straight out of the mixing car black. After the car was painted I wet sanded it down to get the texture out of it and buffed it back to mirror shine that it has now. That gave me little time to get it back together and drivable for Power Tour 2017. I had the car done a week before my dad and I went 2200 miles in a week.

My car has been featured on multiple social media websites, I had no idea that it would be so popular when I was building it. The car is powered by a 350 Small Block backed up with a turbo 350 transmission. It has a full disc brake conversion and is on air ride. I would love your vote for the SEMA Young Guns competition! Thanks so much, now go and vote!

The Builder with the most votes will receive the final invitation to compete in the 2019 SEMA Battle of the Builders. 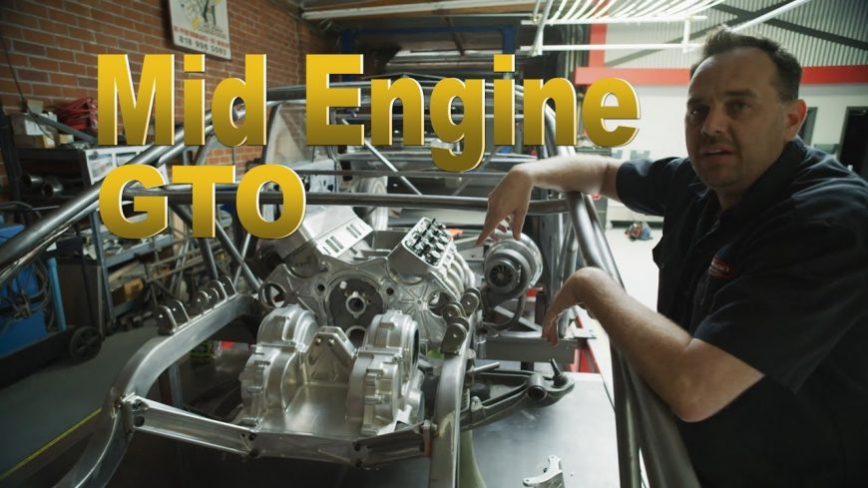