Theoretically, it’s pretty crazy to think about all of the things that could be ...

Theoretically, it’s pretty crazy to think about all of the things that could be created from the parts available at a hardware store like Home Depot. Many of the components that one can buy at such a hardware store are just raw components. With enough creativity and the right roadmap, though, there are an incredibly wide variety of finished products that could be created from scratch.

This time, we join in with a YouTube creator by the name of Bikes and Beards who decided that he wanted to build a Home Depot motorcycle. That’s right, every single component needed for this bike would come from the isles of Home Depot. With a budget set at $1200, it would be quite an interesting process to see if enough goodies could be sourced to piece together and create a functioning motorcycle.

At the end of the day, a motorcycle is basically just a frame and engine with a couple of wheels, right?

How hard could it possibly be to piece together different components that would allow for something like this to come to life? Well, as it turns out, it’s definitely not something simple especially without leaving the confines of a hardware store. However, as Bikes and Beards shows, where there is a will, there is a way.

Down in the video below, we get to ride along for the adventure as we watch a motorcycle is made from scratch. When all is said and done, these guys came up with some pretty awesome ideas to put in place to try and get to that end goal. While we aren’t too sure that this is the ideal way to make a motorcycle, that’s not really the point. Instead, we get to watch a level of creativity on YouTube come to life that we’re not sure we’ve seen before.

Are we in the Era Where an Electric Bike Can Take Out a Gas Powered Dirt Bike? 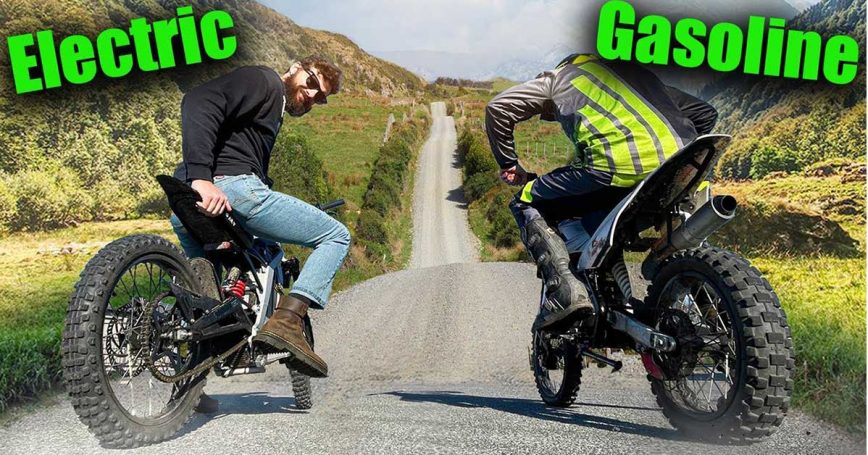