Backing up a trailer is definitely something that is an acquired ability. Most who ...

Backing up a trailer is definitely something that is an acquired ability. Most who have driven around with a trailer on their vehicle will probably attest to the fact that it takes quite a while to get good at it. Even those who would claim to be good at backing up a trailer will likely admit that nobody is quite perfect.

However, while some of us will just keep going at it and try to back into a spot a dozen times in order to get it right, others think smarter. We aren’t sure whether something like that should make us laugh or applaud the self-awareness. The result is kind of interesting to look at and think about, though.

For the driver of this Ford F-150, it appears as if maybe backing up a trailer isn’t exactly his forte. For most people, they would probably keep on giving it a go. However, this guy decided to enlist the help of a couple of buddies to pick up the trailer and walk it back as he proceeded to back up toward the water.

We do have to give this guy one valid excuse, though. Small trailers can tend to be a little bit more difficult to back up properly. Because it’s harder to see the trailer, it can be harder to maneuver it as well. This is amplified by the fact that there is nothing on the trailer which we would probably assume makes it invisible to the guy driving the truck. Seeing an empty jet ski trailer through a tailgate isn’t exactly the easiest thing to do.

Depending on the boat ramp, hanging out for a while can end up yielding quite the collection of sights. We aren’t exactly sure where we would file this one away. As such, we’ll let the beauty of this move stay in the eye of the beholder.

So this was saturday morning at the Northville boat launch.Glad I could be in the right place at the right time. #GSL #greatsacandagalakeFor licensing or usage, contact [email protected] 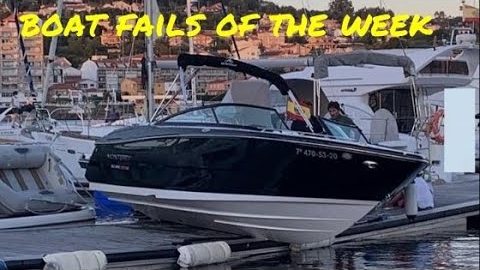