Dude Shows up at Cars and Coffee in a Fake Bugatti and it’s… Not Bad? 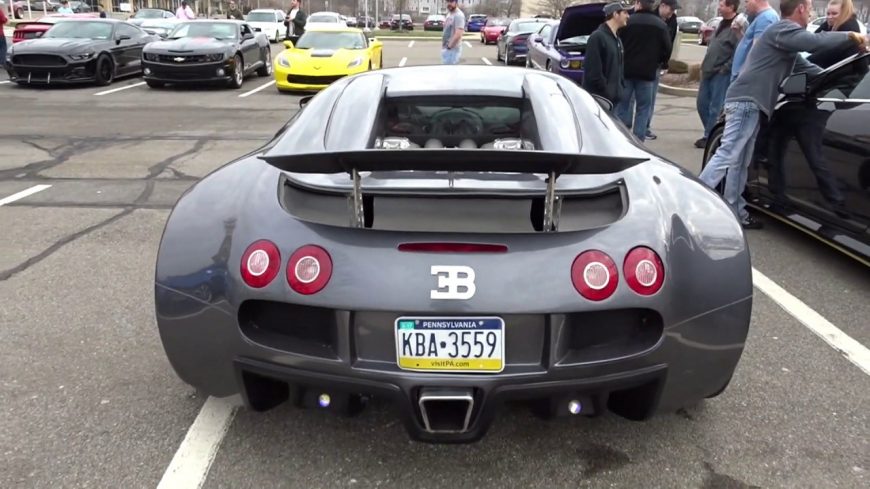 In the automotive community, one of the beautiful things is that there are so many different options out there depending on what your tastes are. From foreign and domestic vehicles to different sorts of engines and even down to the colors that we pick on our rides, mass customization is what makes this community so great. No matter what kind of machine it is that someone is into, we can almost guarantee that there will be some sort of vehicle out there that can really show off any unique personality.

With that, we would say that there are definitely some rides out there that are way more unique than others, and sometimes, they might even be so unique that they create a little bit of controversy. This time, we check in with one of those rides as it appears as if somebody brought a Bugatti Veyron kit car to their local “Cars and Coffee” event.

It doesn’t exactly take an accounting degree to figure out that your typical Veyron, which comes in with a seven-figure price tag, isn’t going to be a car that the vast majority of people at Cars and Coffee can afford. Even those who would typically be considered more wealthy probably the dream of owning cars like the Veyron. However, for those who are willing to accept a replica, there are plenty of options out there that are more affordable.

This time, we’re able to get up close and personal with one of those replicas that made its way out to the public eye. Sure, something like this isn’t in the same stratosphere as a real Bugatti Veyron. However, it’s still rare to see something like this floating around. What do you think that this replica car did well? Heck, at a glance, going the opposite way down the street, this thing might actually fool a few people!