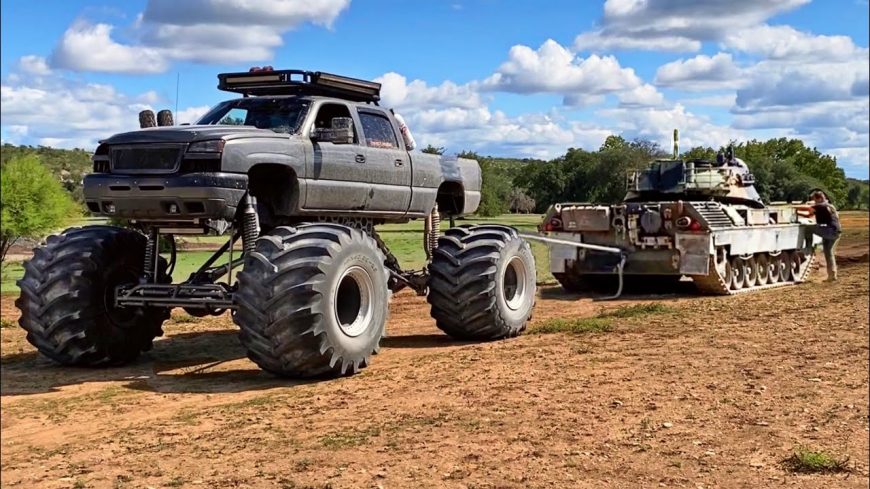 When it comes to bringing home the best toys imaginable, there seems to only be a couple of limiting factors. We would classify those factors as “Bank account” and “Imagination.” While fun things could be had on a budget, we would be hard-pressed to think that someone could find a Duramax powered monster truck like the one procured by the WhistlinDiesel YouTube channel without shelling out a bit of cash.

With the journey that seems to target the most viral content possible, this is where imagination comes in. Let’s just say that it’s also pretty easy to be rich and boring as we have seen over and over again. However, when we tune in to the likes of WD, we can’t ever be entertained by all of the antics that they have going on with some sort of regularity.

This time, we get to really see the diesel-powered monster truck in action. As if the beating that this thing has taken on the channel already hasn’t been enough, it’s taken to a whole new level this time. Instead of just fighting the elements, this time, the truck is fighting a competitor that might have the deck stacked against the “Monstermax.”

It doesn’t matter how strong or big a truck might be. We would think that most things on four wheels would have a little bit of a struggle fighting something like a heavyweight tank sitting on tracks that are designed for ultimate traction. The combination just doesn’t seem to bode in the favor of a truck.

If you thought that something like that would stop WD from trying it out anyway, boy are you mistaken. Below, we get to see the battle first hand along with a little bit of an appearance from an army truck that has been procured by Demolition Ranch.

« Out of Control Truck Perfectly Slices Through Crowded Intersection Without Damage