Out of Control Truck Perfectly Slices Through Crowded Intersection Without Damage

Out of Control Truck Perfectly Slices Through Crowded Intersection Without Damage

A driver and passenger in Australia would end up being incredibly fortunate to walk ...

A driver and passenger in Australia would end up being incredibly fortunate to walk away from an accident that certainly could have been much worse. ABC News reports that the driver behind the wheel of the truck pictured in an astonishing video along with their passenger were both able to walk away from the theatrics without any life-threatening injuries.

The video that results is something that’s definitely pretty crazy to lay eyes on. It almost appears as if it’s something from a Hollywood movie. However, as the vehicle narrowly avoids a variety of other vehicles in traffic, we can assure you that this is very much the real deal.

Certainly, although the person behind the wheel apparently failed to make the turn that they were trying to make, they did a good job of keeping their cool and avoiding as many obstacles as possible.

Down below, we are able to see the situation unfold from a nearby traffic camera. Even though the vehicle was able to avoid other cars, it is said that the business that the truck ran into ended up being pretty much destroyed.

If I was involved in something like this, I’m not quite sure which emotion would weigh more heavily than the other. Naturally, being involved with something like this could be rather upsetting. However, I can’t help but feel the warm wave of gratitude that I would probably have after being able to miss pretty much all the other people and be able to walk away without life-threatening injuries.

Why Police Touch Your Taill Light - It's Extremely Important 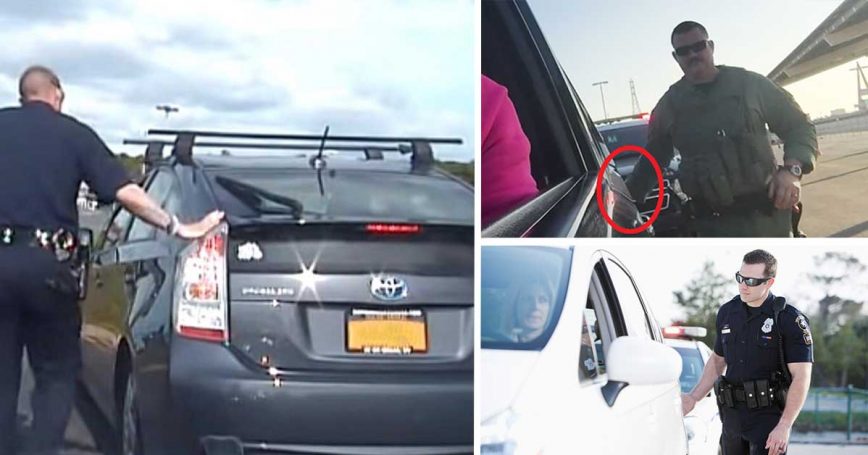