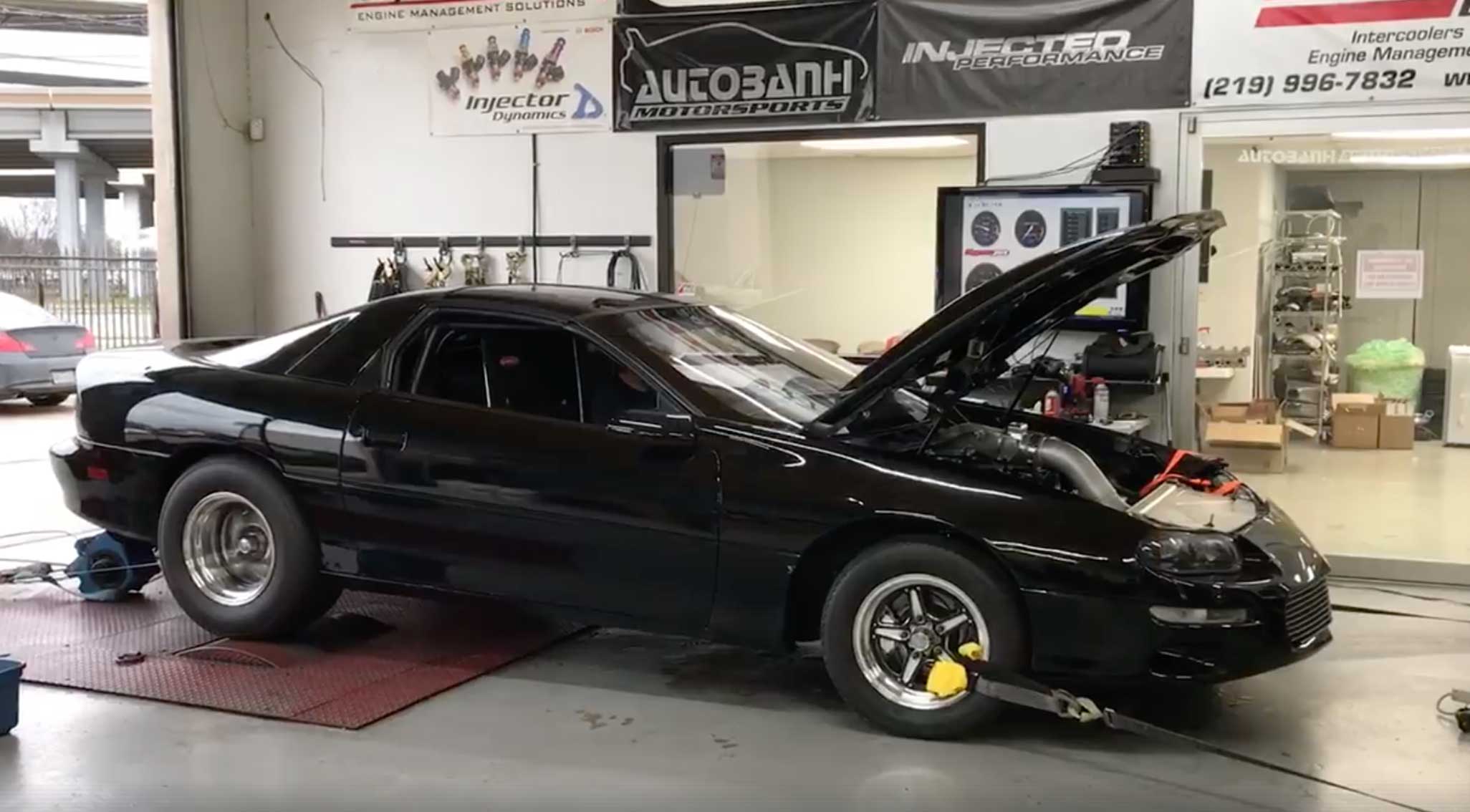 If we’re talking about what exactly happens in a dyno room, a lot of the time it’s the same thing pretty much. It can be fun to watch a high horsepower car hit the rollers and scream to life to see exactly how much horsepower it might make, however, if you’re watching it on video, it might get a little bit monotonous if you were to check out a bunch of them in a row. However, with this video, we get to watch such a pull that happens to be unlike any other as it definitely causes a little bit of damage in the process when a boosted Chevrolet Camaro with 370 cubic inches under the hood hits the rollers and something unfolds that nobody saw coming.

It appears as if the crew behind this dyno session took the liberty of ratchet strapping an engine block to the front of the car in order to hold on an additional piece of piping in order to route the exhaust out of the shop but a plot twist would render this innovation a miss. Instead, we watch the angry Camaro sling that engine block toward a nearby glass door where it would do its diligence in shattering it to what has to be a million pieces.

If you follow along down in the video below, you’ll be able to see not only a beast of a car but also an obscure dyno session that ended up giving these folks a little bit more than they bargained for. That certainly is something that they’re probably going to try and figure out a way to never have happen again. I think that when something like this happens that’s really out of your control and ends up being a major pain in the rear end to get fixed, you may just want to go home, go to sleep, and wake up the next day with a fresh slate. This is really some bad luck, to say the least!

By the way, the turbo that cranked out enough air to make this happen was a 91mm Pro Mod unit.

« Crazy Cigarette Boat Brings Luxury To Life On The Water