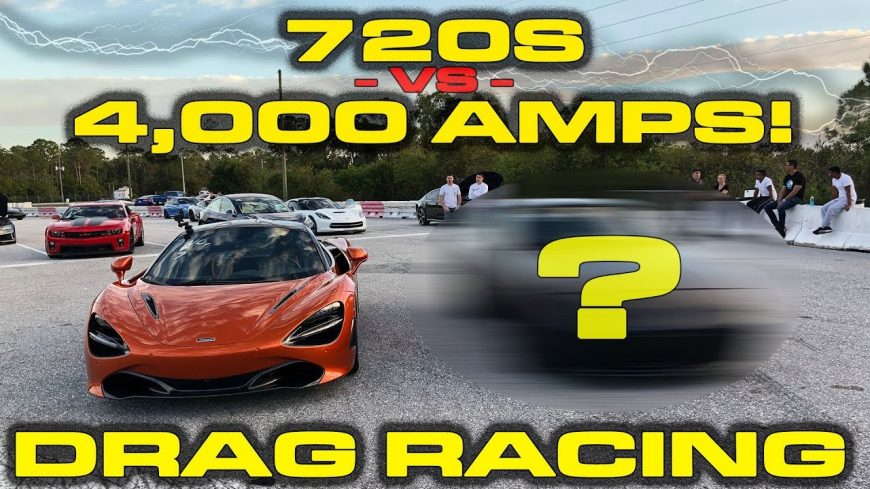 What happens when you take the best of modern electric drivetrains and combine it with a lightweight, short wheelbase chassis? You outrun a lot of cars, that’s what!

Brooks from Drag Times is known for having a stable of badass hotrods at his disposal. While he seems to play favorites a bit with his McLaren 720S (I mean, if you’re going to have a favorite, why wouldn’t it be the McLaren?) he also has a couple of Teslas and a Ford GT on hand, should he decide to have a change of scenery. None of these rides are slow, and Brooks has proven himself a very capable driver on the drag strip, so you don’t see him losing too many races.

This particular race he does, though, and he takes a pretty convincing loss at that. However, when you see the car in the other lane and break down the power:weight ratio, it’s not really that surprising to see the McLaren get spanked. With a couple of electric motors mated to a trick overdrive system, this Porsche 944 is cranking out 900 horsepower and a ridiculous 1,500 ft/lbs of torque, and with only 2,400 pounds to pull, that gives it some insane acceleration potential, which is makes the most of with a 9” Ford rear end and some pretty sticky tires.

A combo like that is going to be quick on any drag strip, as that’s exactly what it’s built for. The McLaren, of course, holds its own on the drag strip, running in the 9 second zone regularly, but can also carve up corners on a road course, top out well north of 200 MPH given space to do so, and does all of this is a gorgeous, luxurious package that turns heads at every corner.

Brooks closes out this video discussing his plans to pick up a Tesla Roadster and even shows a quick clip of him riding along in a test mule for a quick launch, which given his reaction, is otherworldly-quick. We can’t wait to see more from the Drag Times channel.