Chris Russell told his father a lie. However, unlike most other lies, this one would ...

Chris Russell told his father a lie. However, unlike most other lies, this one would be almost certain to put a smile on dad’s face.

To someone who isn’t involved in racing, it could be a tough passion to understand. At the end of the day, it can seem like a lot of investment in something that normally doesn’t pay that much. On top of it all, the high speeds that some of these cars accomplish are incredibly dangerous.

The Russell family made the ultimate sacrifice. This came when Chris’s brother, Darnell Russell, would end up losing his life after a high-speed crash in 2004.

We fast forward to 2019. Chris wanted to show his father exactly why the sport had meant so much to him and his brother. In order to do it, he wouldn’t simply take him to a race. We’re sure that dad had seen his sons race before. Instead, he had put together a surprise. Not only would he have to keep a secret from dad but also his mother as well. In order to orchestrate the entire ordeal, Chris would get his father, Burnell, on an airplane and to a drag strip where he would take the ultimate ride.

Burnell had absolutely no idea where they were going or what was in store for him. However, when they finally got to the strip that day, video cameras would capture the ultimate surprise. waiting for Burnell was Larry Dixon‘s two-seater dragster. Within this dragster, Burnell would finally be able to get the feeling of ultimate adrenaline from the Top Fuel car.

The dragster is essentially the same as any other Top Fuel car. It was built on top of the 10,000 hp Top Fuel setup but instead of one occupant, this particular machine allows a passenger to ride along as well. By following along with the video below, we get to check in with the heart touching moment as the love of nitro becomes the ultimate gift. 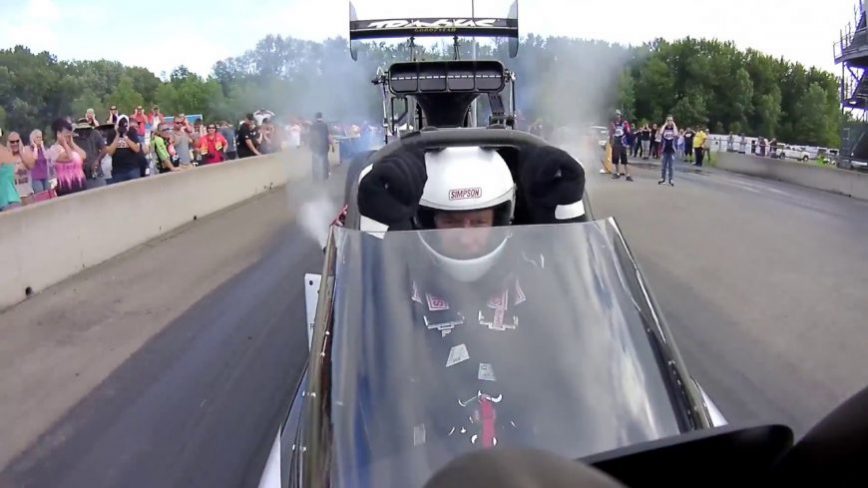