In this day and age, the motor swaps that we see going on are getting more and more ...

In this day and age, the motor swaps that we see going on are getting more and more unique. Sure, there are still plenty of people cramming LSx powerplants into anything and everything and even a host of people who elect to share a little bit of something like modular Ford or 2JZ power with the platform of their choice. However, as some of the newer platforms get to age a little bit and get a touch more accessible, the power within is taken out and shoved into all of the cars that you would have seen with the aforementioned powerplants.

While this time, we check out a swap that isn’t necessarily as straightforward as plucking an engine out of one vehicle and shoving it in another, it certainly is one to be admired, maybe even more so because of the thought and planning that has to go into making something like this work. Thanks to Québec based company, Institut du véhicule innovant, we’re able to see the guys snatch a Tesla pull out and figure out a way to make it work with a Honda S2000 and the combination is really enough to make you raise your eyebrow.

From what we have seen so far, the Tesla is a pretty fast machine, especially when you consider all the folks who were skeptical about electric power. It really makes you wonder how fast these things that make a Tesla go would be able to travel if they were put in a lighter platform and that’s where the Honda comes into play. If you follow along with the video below, you’ll be able to check in with some of the steps that it took in order to get everything to align just right before the electric powered S2000 was sent down the strip to see just what kind of numbers it could reel in and we think that you’re going to be rather impressed with the results.

Musician, Will.i.am, has the Most Obscure Tesla that you'll Ever Lay Eyes On, We Promise 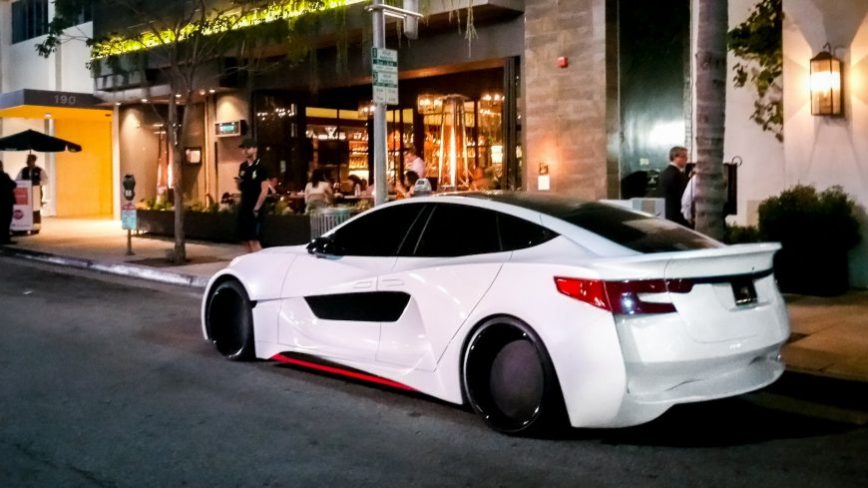