Tesla founder Elon Musk has been teasing us with a pickup added to the all-electric ...

Tesla founder Elon Musk has been teasing us with a pickup added to the all-electric automaker’s lineup for two years now, saying all the way back in April of 2017 that we would see the truck “in the flesh” in 18-24 months. Could this camouflaged truck strapped to the back of a trailer full of Tesla’s be the Model P?

I personally think not, and here’s why: this doesn’t fit any of Tesla’s previous MO’s. Sure, Musk has been known to do some crazy things, but just randomly dropping a camouflaged model, one that hasn’t even been seen as a design concept that I’m aware of, onto the back of a hauler that’s full of current models sent off for testing makes no sense.

So, what is this truck? My guess would be it’s a new truck that somebody bought and pulled some strings, either with Elon himself or with somebody at Tesla and got their new ride hauled back across the country to keep from having to fly out and drive it back or pay a transport company several thousand dollars to haul it for them.

Of course, at this point, all we can do is speculate, and that’s a lot of the fun. Let’s say this is the Tesla Model P, what can we tell about the truck from this photo? To be honest, not very much. Other than the truck does have some nice looking rolling stock, there is very little else that we can tell about it. It seems a bit odd to me that the taillights were left unwrapped, at least partially. I suppose if the truck was just wrapped for transport, there would be no need to leave the taillights exposed, nor would there be any need for the windows to be left exposed either, so maybe there’s more to this than I had previously thought.

Only time will tell, but if this is the new Tesla pickup, hopefully it’s going to be unveiled soon, I personally can’t wait to see what Musk & Co do with their venture into the pickup market. 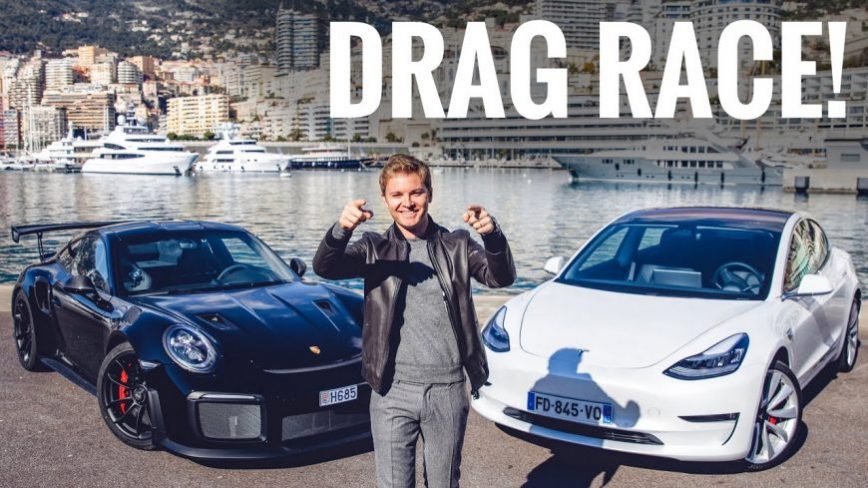