Some might be familiar with the incredibly viral story of the New York couple who hit ...

Some might be familiar with the incredibly viral story of the New York couple who hit it big at a blind storage auction. For those unfamiliar with the concept, they would bid on a storage unit without knowing what was inside. What happened next would be a key part in what would eventually lead to a lot more attention for the storage auction industry.

Not knowing what was in the unit $100, the couple would basically hit the jackpot. Inside, they stumbled upon a 1976 Lotus Espirit that was used in the 1977 James Bond film, “The Spy Who Loved Me.”

The car would eventually hit the auction block in 2013 and nearly fetch 7-figures. As it turns out the buyer, who wanted to remain anonymous at the time was a rather large Bond fan – figure that.

Years later, the buyer’s identity would be unveiled as the one and only Elon Musk.

Cybertruck design influenced partly by The Spy Who Loved Me https://t.co/HKBzxFNfzm

The kicker to the whole thing is that the couple had never seen a James Bond film and had no idea what the car was. If there was ever an example of a happy accident, this is definitely that case.

The car was sold in 2013 after making its rounds in various exhibits before being sold at RM Sotheby’s in 2013. Musk is said to have shoveled over $997,000 for the car at the auction at the time. I guess that it’s hard to put a price tag on the inspiration that has made you one of the richest people on the planet.

Not only did Lotus inspire some of Tesla’s earlier models. The Lotus used in the film is said to have had a pretty heavy influence on one of the brand’s latest creations in the Cybertruck. Now that he mentions it, we can definitely see the resemblance. 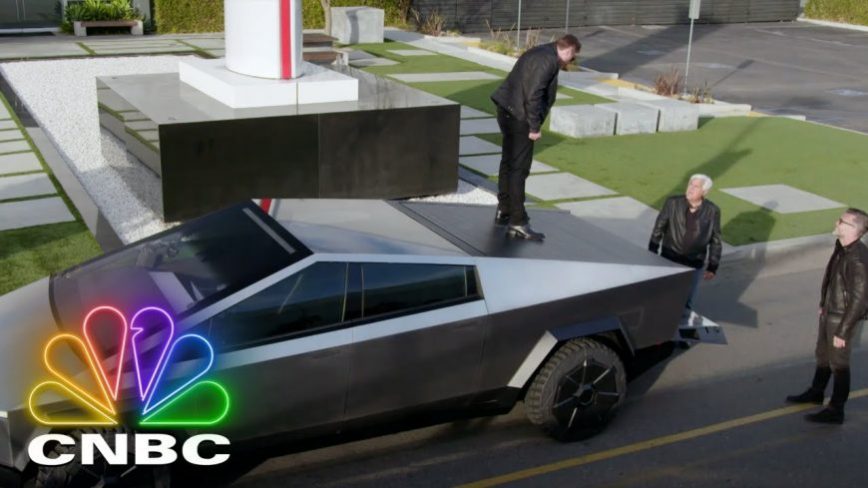