Emotional Jerry Savoie wins in Charlotte at the #4WideNats

Emotional Jerry Savoie wins in Charlotte at the #4WideNats

NHRA’s Pro Stock Motorcycle is one of the coolest classes in professional drag ...

NHRA’s Pro Stock Motorcycle is one of the coolest classes in professional drag racing, but it’s often overshadowed, much like it’s four wheeled counterpart, by the spectacle of the nitro classes. That doesn’t stop the riders in the class’ ranks from getting a little tore up when they take the win light, especially have a hard-fought NGK Spark Plugs 4-Wide Nationals win like that experienced by veteran rider Jerry Savoie last weekend.

Savoie, the head of the White Alligator Racing team based out of Louisiana, is a likable, salt-of-the-earth type of guy who has built a loyal following with his raw emotion and no-nonsense approach taken while quietly building one of the most formidable teams in the PSM ranks.

Jerry has been able to fund the team almost completely on his own thanks to a successful alligator farm in The Pelican State. While most seem to think the purpose of Savoie’s Alligator Farm is to provide the shoe and handbag industry with their supply of gator hide, the farm actually serves to ensure the survival of the species. On any given day, Jerry himself is likely to be flying around the area scouting gator nests, from which he will rescue the eggs, hatch and raise them as juvenile gators, then return many of them to the wild once they’re old enough to fend for themselves.

This farm has provided Savoie with enough capital to fund his PSM venture and he’s not squandered that blessing. Savoie himself has won a total of 9 races, including the 2016 Pro Stock Motorcycle world championship, while his teammate LE Tonglet has tacked on several more wins for the WAR Team. Jerry won his most recent race at the 4-Wides, where he showed some of that emotion that has won him so many adoring fans. Check out this video below from NHRA featuring the final round of PSM and Savoie’s interview with Amanda Busick. 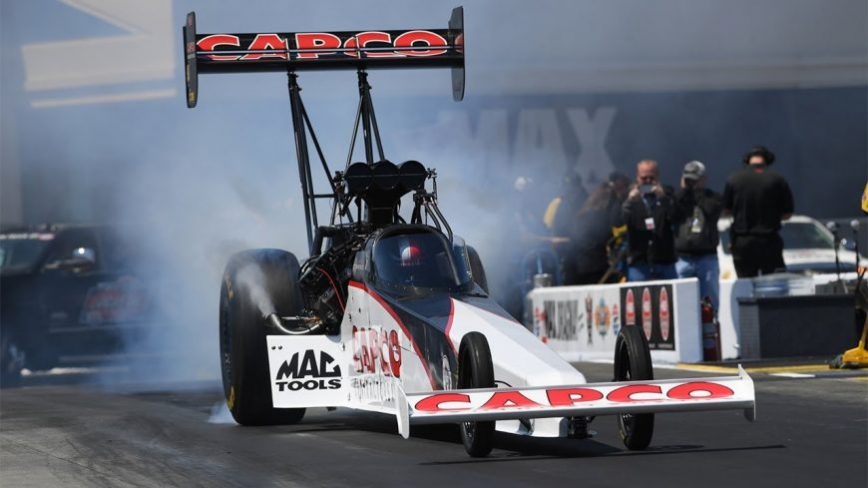