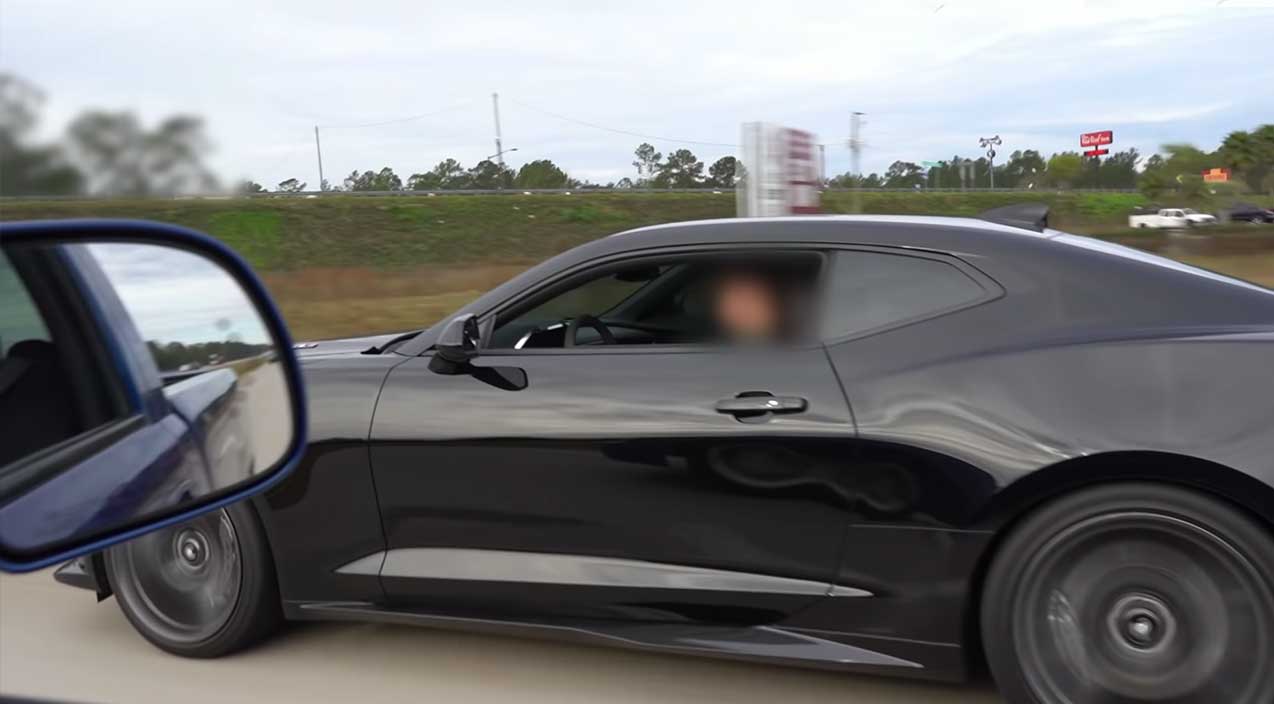 When you’re cruising in pretty much any sports car and run up on a single cab Silverado, the chances you think you’re about to get your butt handed to you are going to be pretty slim. If that truck just happens to be Arrival Blue and riding on Bogart Racing wheels, you might want to just tuck your tail and make the next turn off the highway.

It turns out, this very nondescript single cab is packing quite a power plant under the hood in the form of a 370 CID iron block LS built by Tick Performance. The forged bottom end is beefed up to handle up to 24 pounds of boost, which is how much it took to push the truck to 4-digit horsepower levels at the rear wheels, thanks to the 76mm turbo force-feeding air into the E85-drinking powerplant.

Just looking at this truck, even with the wheel and tire combo, which I love on this color truck, you wouldn’t think there’s 1,010 horsepower waiting to be unleashed on any unsuspecting opponent who happens to show up in the other lane. With that kind of power on tap, there are going to be very few cars that can keep up with this beast, despite its hefty 4,000+ pound curb weight. This thing is a full on sleeper and I for one love it.

I would be doing one of my best friends a huge injustice if I don’t mention his nearly identical truck in this article as well. While my buddy Travis Davis’ truck is the previous body style, it’s the same color blue, riding on the same Bogart Racing Wheels and rocking a boosted LS under the hood. Travis’ truck is still utilizing a mostly-stock 4.8 liter engine, but if I know Travis, that could very well change in the future. It’s not cranking out the same power as the truck in this video, but for what it has in it, Travis’ truck is every bit as impressive. He’s already knocking on the 6’s at our local 1/8th mile tracks, and he still drives it daily when it’s not raining.

After seeing just how badass single cab Chevys can be with a little boost, my want for one is even higher, and I was already dying for one before! Time to start saving my pennies!

THIS IS THE DEFINITION OF A TRUE STREET TRUCK!1000 HP capable, full weight, can be driven anywhere, and beat up on sport cars.Check out the video on youtube for better quality, link below.https://www.youtube.com/watch?v=cQ26elgBocQ

« The 10 Deadliest Cars in America