Someone is Already Engine Swapping a C8 Corvette… With a Rotary 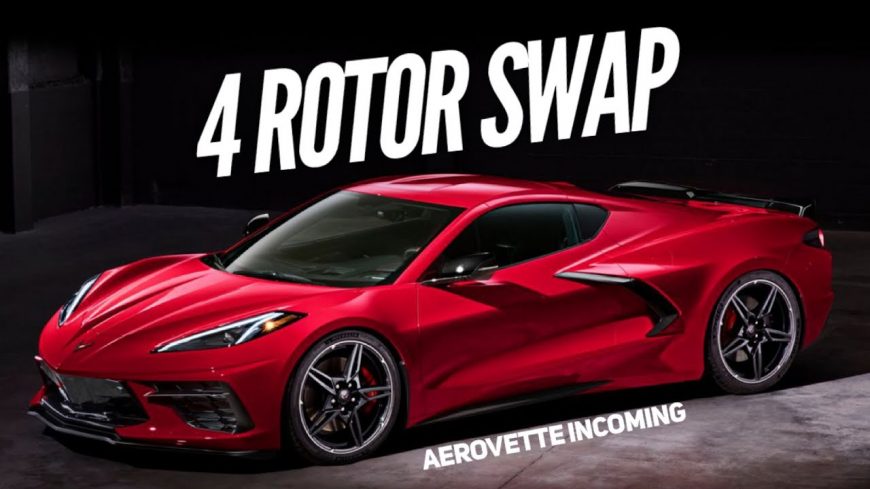 For those who followed along with Rob Dahm’s last build, they know that he likes a challenge. The AWD 4-Rotor Mazda RX-7 that Rob built definitely took the road less traveled. Fans were ecstatic with the car’s one-of-a-kind nature as it pretty much broke the internet when Dahm pulled the covers.

Speaking of breaking the internet, it looks like Rob is at it again. Today, he would give us a bit of a teaser as to what he’s going to be up to with his next project. As the title insists, the next vehicle under construction in Dahm’s garage is going to be the likes of a C8 Corvette. Unlike any other 2020 Corvette, this one is going to be receiving a rotary engine.

This isn’t going to be Dahm’s first rodeo in this arena, either. Previously, he would show off a rotary-powered C5 Corvette that he snuck into LS Fest West. Let’s just say that the construction stirred up some bitter feelings from the diehard LS community. When he takes the likes of the newest Corvette, we would venture to think that all of the feelings, both positive and negative, should be amplified. After all, the 2020 Corvette marks a pivotal point in the lineage of the model. In addition, heavily modifying a brand-new performance machine like this certainly takes a lot of confidence. We would venture to think that Rob might be the first one moving away from the original architecture.

By following along with the video below, we learn a little bit about the plans for this build. The car is certainly going to be unlike anything that we’ve ever seen before. It’s going to be interesting to watch and learn as Rob manipulates all of the components to make them come together as one.

Even as a Chevy enthusiast, I think I speak for plenty of Corvette lovers when I say that I can’t wait to see how this thing turns out!

« How To Make Friends With The Neighbors. Fire Up A Nitro Fuel Altered In The Street!