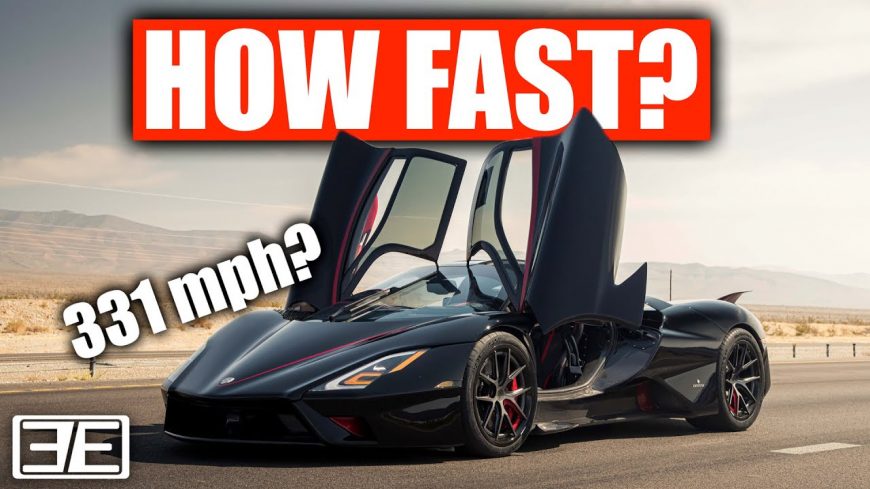 For those who haven’t been keeping up with the hottest breaking news around the automotive watercooler this week, there is a little bit of controversy in the world record community. Long story short, SSC North America would head out to the desert with the hopes of setting a land speed record for a production car with the SSC Tuatara. On the same road that Koenigsegg used to set the same production car speed record, they would claim to have broken the record with a top speed of 331 mph.

However, it wasn’t long after that online sleuths would dig into this record attempt, claiming that they had information that might combat what we all saw in the video. The data presented a good enough case that the internet decided to jump in and see if they could decipher themselves whether or not SSC truly had obtained the record.

Even though there was a case presented against SSC by YouTube user, Shmee150, the case wouldn’t really turn into anything until all parties involved had spoken out. Since then, we have heard from Jerod Shelby, the founder of SSC, along with others who are familiar with the situation. This time, we join in with Engineering Explained who says that he wants to get to the bottom of it. In order to do that, he spoke not only with Shelby but also with the people responsible for managing the data, the driver of the car, and even the film crew.

Below, the Engineering Explained YouTube channel digs into the concept to truly try to get to the bottom of it, using numbers and data. In this one, some of the questions that he hopes to answer are how fast the car actually went and what the car is really capable of. He does this by applying what we know to a projection of what the future might possibly hold.

At the end of the day, data might tell the complete story. However, SSC will be getting ready to retry this record attempt and do so in such a way that will hopefully prove that they are truly the fastest.