Perhaps, one of the most interesting things about drag racing is that we never know ...

Perhaps, one of the most interesting things about drag racing is that we never know what’s going to happen. On any given pass, ultimate highs and ultimate lows could present themselves. It’s not often that we see both pop up at once.

It turns out that on this pass, for Erica Enders, she faced a little bit of each. As if the adrenaline of setting a record wasn’t enough, things would come tumbling down in quite dramatic fashion at the end of the pass as well.

As Erica lined up for the fourth qualifier at the Norwalk Nats, it seemed as if everything was on point. In order for records the fall, there can be no slack. Both driver and car have to be on the same page. That page has to be perfection.

In terms of the fastest Pro Mod to ever cross the beams at the finish line, Erica seized the moment. She would travel to 261.22 mph in just 5.78-seconds. It had to be an absolute rush. Every pass in one of these cars is a thrill but breaking a speed record has to be some major icing on that cake.

However, it wouldn’t be very long after the fact that everything would come tumbling down. In fact, Erica didn’t even have enough time to learn that she had broken the record. Instead, while still attempting to slow down the car, things would take a harsh turn. The car would start to go up in flames as Erica scrambled to get out of the driver seat. Luckily, she would make it out of harm’s way but that car was going to need some major retooling.

If we were to find one video that could describe how racing goes sometimes, this would be that video. In fact, this might just be the ultimate bittersweet moment that we have seen in competition this year. There’s not much more of a roller coaster ride on a single pass than setting a record, shortly followed by an eruption of fire. 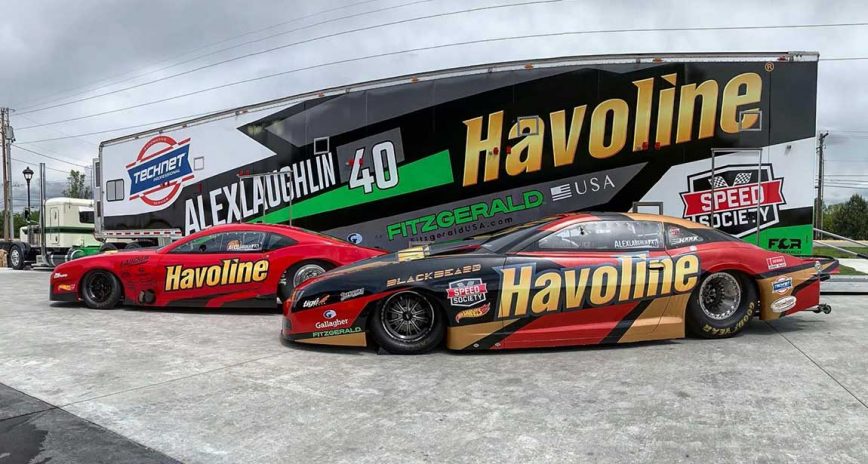