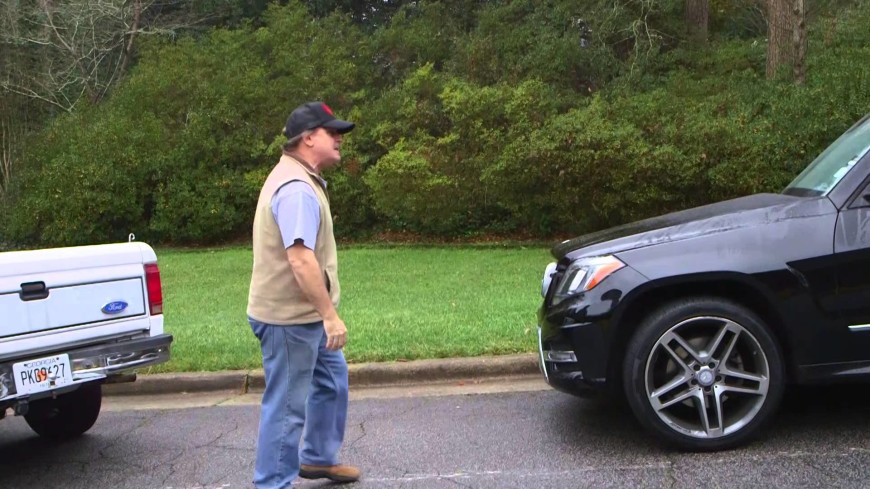 When behind the wheel of a vehicle, it’s incredibly easy to be angered by the actions of other drivers. Sometimes, this anger might just lead to a sizable bout of road rage.  Rod rage is something you want to stray away from because it is not productive in any way shape or form.

While most of the time, it doesn’t escalate to much, every once in a while, road rage goes too far. This video shows us a scenario of one of the potential consequences as none other than a retired professional boxer, Evander Holyfield hops out of the car being targeted by extreme aggression. The moment Evander Holyfield stepped out of the truck the road rager instantly regretted his decision to possibly fight.

Maybe checking out this video will make you think twice about flicking the bird to another driver because you never know what might happen. It could be a professional boxer on the other end, or worse! These days you never know who is capable of what… From UFC fighters, BJJ experts and other fighters such as boxers and even military personal. All of these people are trained to protect themselves on a different level. So if you ever want to get into a road rage fight you better know how to protect yourself.