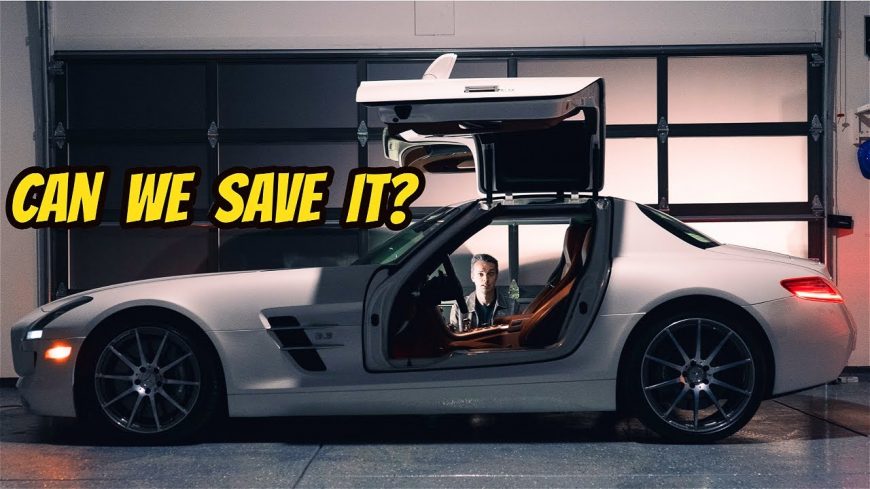 Sometimes, there are cars floating around out there that are pretty solid and respected machines but they have one fatal flaw. This flaw might even be big enough to the point where it could deter people from wanting to purchase the vehicle altogether. The one that comes to mind, as a Corvette enthusiast, is the tendency for the C6 Z06 to drop valves into the engine, essentially creating a rolling paperweight.

Another example of this phenomenon is the Mercedes SLS AMG. According to Tyler Hoover of Hoovies Garage, the model seems to have an issue with the transmission. Many would argue that this dual-clutch transmission in the machine is absolutely magical. It shifts like a monster and doesn’t lose much time in between gears. However, as magical as it may be, durability seems to be something that is brought into question about the unit.

According to Hoover, the repair cost for the frequently failing trans is somewhere in the $30,000 range. This might seem a little bit steep and that’s because essentially, the entire transmission will have to be replaced. Unlike other transmissions, Hoover says that this DCT can’t be fixed or serviced. Instead, when it eventually goes bad, which seems to be a given with the model, owners will simply have to replace it entirely. As if dropping $200,000, or more, on the car in the first place wasn’t enough, this repair can really make your pockets hurt.

However, Hoover seems to have a positive attitude about the whole thing as he has discovered a little bit of a Band-Aid to save the unit before it goes bad. Instead of just getting behind the wheel and hoping that the transmission never goes bad, a little bit of preventative maintenance can apparently go a long way towards saving the unit.

Below, he guides us through the situation, explaining exactly what it’s like to own a car that’s basically a ticking time bomb, in a way. It would definitely take quite the amount of passion for the car to hop behind the wheel of something boasting AMG’s first dual-clutch transmission, knowing what might come around the corner. However, if there’s a car that would be worth it, this might just be that ride.