In an unfortunate situation, ex-Formula 1 racing driver, Adrian Sutil, made social media buzz over the weekend. The subject of discussion surrounded the driver crashing his McLaren Senna LM in Monaco. The pictures would show the front end of the car wrapped around what would appear to be the world’s strongest light pole.

Most who are interested in the world of hypercars probably recognize the “Senna” nameplate. The somewhat recent release would hit the streets for a price tag of $1 million. After a brief bout with trying to figure out why the cars were catching on fire, the McLaren is now held in pretty high regard.

What some might not recognize, is the “LM” insignia accompanying this particular Senna. Long story short, the LM is one of those super exclusive models. In addition to stepping it up with an additional $640,000 in price over a regular Senna, the car isn’t available to just anyone. Instead, it’s reserved for McLaren’s premium clientele for which Sutil seems to fit the mold perfectly.

There were only 20 of the things ever produced in order to commemorate a 90s F1 LM that would seize victory at LeMans. However, it seems as if there will be only 19 or fewer now. Not only would the repair be expensive it might be impossible given the lack of available parts.

The model is basically a street version of the Senna GTR track car. With a couple of tweaks to make this thing street legal, it’s still a pretty potent beast. Drivers will find 800 horsepower which is comparable to a normal Senna’s 789. No matter which way we slice it, though, it’s making a lot of juice.

It’s unclear exactly what the cause of the accident was. What we do know is that there have been no reports of injury. However, photos and video from the scene show a pretty battered McLaren leaving on a tow truck.

Finding an Abandoned Hellcat Linked to an Arrested Drug Dealer 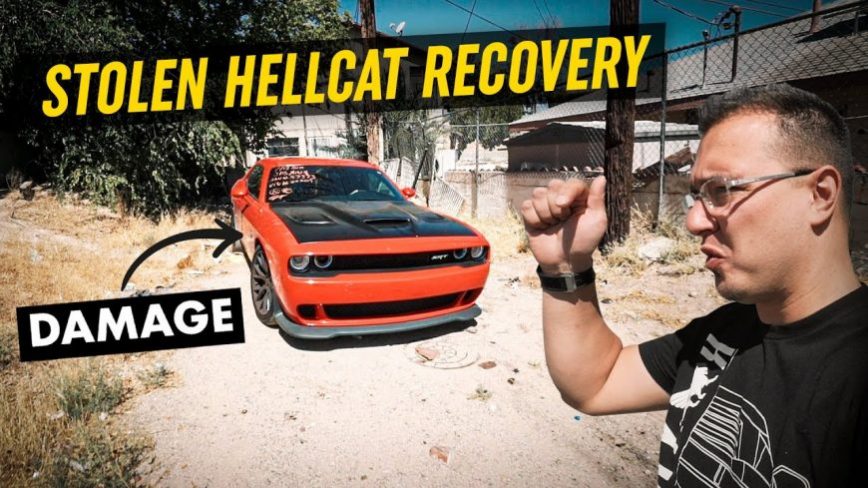