Exploring the Abandoned Supercars of Dubai With Supercar Blondie

Exploring the Abandoned Supercars of Dubai With Supercar Blondie

Dubai has been referred to as a land of excess. As a part of one of the richest ...

Dubai has been referred to as a land of excess. As a part of one of the richest countries in the world, it seems as if the city is absolutely flooded with wealth and isn’t afraid to show it. This comes with all sorts of luxuries that are sure to put on a show whenever a camera is near. However, it also comes with a rather disproportionate amount of waste in the form of luxurious cars.

In this one, we take a look at these top tier machines with the help of Supercar Blondie. In this flick, our host takes us through a tour of some of the machines that have been left behind in Dubai. The video shows where abandoned, confiscated, and damaged supercars end up going. Let’s just say that it provides a sight that might end up hurting the soul a bit.

We have heard of the stories of people not being able to pay debts and skipping the country due to incredibly strict laws. This video takes us inside of the scene that shows where those cars end up among others. Supercar Blondie also gives a little bit of insight as to how some of these cars end up getting sold for pennies on the dollar. When she begins to talk about the prices, it almost leads us to wonder if it would be worth someone’s while to buy the cars and export them.

By following along with the video below, we check out a situation that is incredibly unlike anything going on here in the United States. It’s rather crazy to think about the difference in expectations that we think about here versus somewhere like Dubai. It seems like these sorts of exotic car graveyards are just a part of another average day in the UAE.

The 12 Most Obscure and Rare Abandoned Vehicles 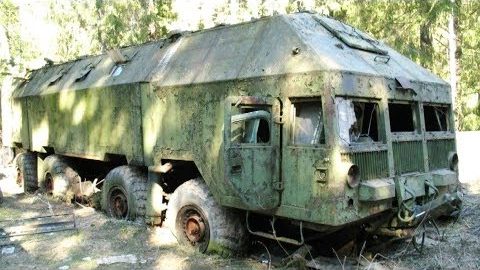