“Facts are irrelevant. What matters is what the consumer believes.” – Seth Godin ...

“Facts are irrelevant. What matters is what the consumer believes.” – Seth Godin

It’s funny how advertising works sometimes. While It can be easy to take big companies at face value, it might not be the smartest strategy. These companies spend countless dollars investing in selling their products. Sometimes, that might even come at the expense of the truth.

Just look at Big Tobacco and how much they tried to twist the truth into making people believe that smoking was safe. Some companies even wanted their potential customers to get the feeling that smoking was healthy for them. What makes us think ads wouldn’t bend the truth in other, less serious cases, than our personal health?

Once upon a time, the metrics for measuring a truck’s towing abilities were not standardized. As one might be able to see, that left the door open for advertising that might’ve not been so straightforward. Sure, some of these ads might not have technically been lying. On the other hand, though, making up their own version of the truth isn’t much better. Now, this might’ve not been so sinister as Big Tobacco’s tactics. However, it could’ve very well ended in the consumer not getting accurate information.

We aren’t going to dive into naming names or anything like that. However, we should just be aware that before there was a standardized system of measuring, anybody could’ve made up their own tests. These tests could’ve painted their vehicles in a better light. This is why the industry got together and decided on a couple of figures to level the playing field. Today, when we’re presented with numbers from manufacturers, they’re regulated so that we know what we’re getting.

What’s it All worth?

Down in the video below, the guys over at The Fast Lane take on this concept. In order to do that, they get their hands on the latest and greatest Ram heavy duty pickup truck to see if it can live up to the hype. Truck manufacturers certainly like to throw around “Best in class” an awful lot. In this one, we’re going to find out just how well this brand does in living up to its advertised muscle. 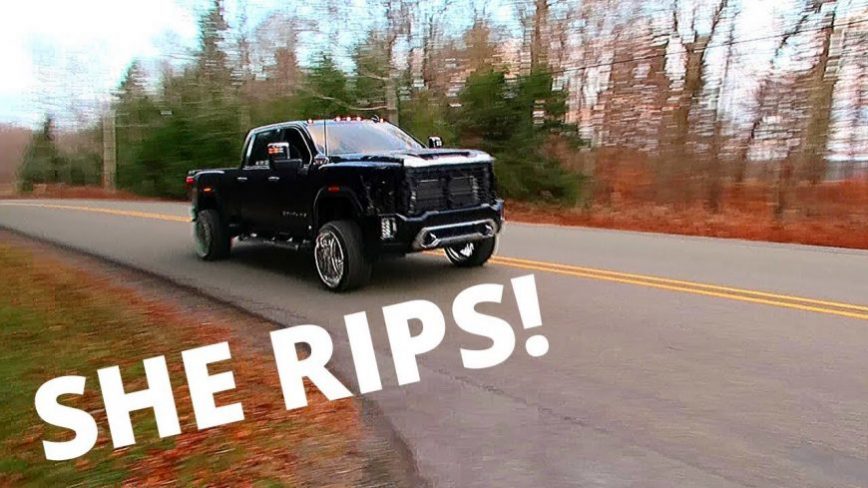