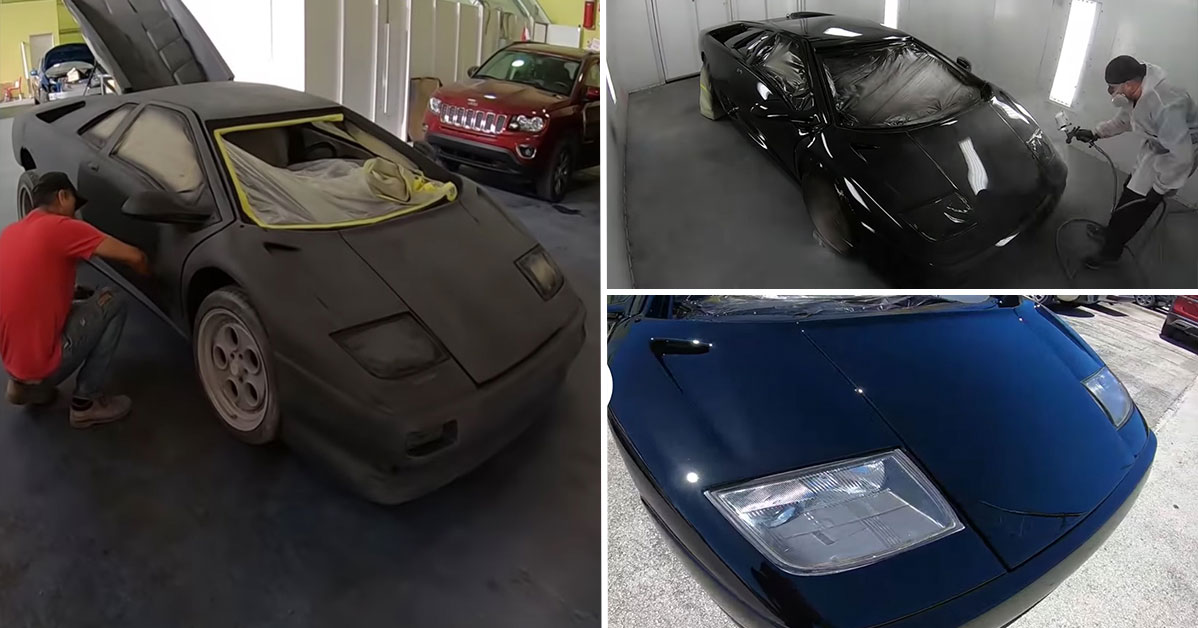 For somebody looking to get into a vehicle that’s fun to drive, there are all sorts of different options out there.

One of those options just so happens to find its way to enthusiasts through the replica car market. Sure, a replica Lamborghini might not be quite the real thing. In fact, most of these replicas sport a lot of glaring differences. However, for somebody going for the looks of a Lamborghini without the price tag, maybe this is the way to go.

It seems like, in the replica car market, the game is all about making things look as real as possible. From the outside, the owner of such a machine isn’t going to want to let anybody else know that what they’re driving around in isn’t the real deal. Frankly, for most people who aren’t car fans, a good replica will probably do the job of tricking them.

This time, we tune in with Paint Society as they take on a fake Lamborghini but try and give it a little bit of love to bring it a little bit closer to the real deal. Instead of the crusty old surface that the car was working with before, the idea here is to give the machine an incredible paint job to bring it one step closer to fooling bystanders.

Down in the video below, we get to see quite the makeover as this car goes from rough to something that has a little bit more of a glass finish. At the end of the day, something like this isn’t going to be for everybody. However, we would venture to say that this paint job definitely does a lot for the car. In fact, we would say that a paint job like this will do a lot for just about any car!