Farmtruck and AZN go Back in Time With an Unlikely Build

Farmtruck and AZN go Back in Time With an Unlikely Build

When we take a look at the cast of Street Outlaws, there are a lot of competitors ...

When we take a look at the cast of Street Outlaws, there are a lot of competitors that we find to be interesting. In fact, as many of them have created YouTube channels, following their journey has been a ride worth taking. However, the duo of Farmtruck and AZN really seems to be in a class all their own when it comes to self-promotion. With all of the different antics that the duo carries out, they seem like a couple of guys who we could watch do just about anything. Seriously, they could be grocery shopping and fans would probably find it to be rather interesting.

This time, we check in with something involving the dynamic duo that isn’t what we necessarily know them for. Naturally, they have become most popular for what they can do in a straight line out there in the streets. This time, though, we step inside of a time machine to take a look at Farmtruck’s past. As it turns out, he hasn’t always been a racer by trade.

Back before fame really took off for Farmtruck, he found himself in a world where he was doing quite a bit of construction. As he describes it, he was a construction worker by day and street racer by night. Since then, he’s been able to give up his day job in pursuit of a much bigger picture. However, that isn’t to say that Farmtruck has forgotten how to get a job done with his hands.

This time, we get to join in on the ever so interesting journey that has Farmtruck and AZN going back to Farmtruck’s roots. In this one, they take on building a tornado structure. The journey takes us from demolition all the way to building the structure to withstand the worst elements that nature might throw at it. As one might imagine, this one has its very own special FNA twist thrown in the mix as well to make it something special. 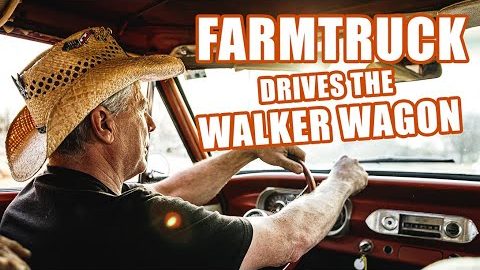