Farmtruck and AZN Got Pulled Over While Driving a Cop Car

Farmtruck and AZN Got Pulled Over While Driving a Cop Car

If we’re talking about Farmtruck and AZN, we know that these guys have a whole ...

If we’re talking about Farmtruck and AZN, we know that these guys have a whole variety of toys to play with. In fact, sometimes it might be a little bit hard to keep up with the latest member of the fleet as the creations come flying at us left and right.

One of the most recent additions to the FNA stable is a police car. It’s not just any police car, though. Instead, this particular machine is still sporting the red and blue lights, police decals, and a little bit of an addition in a bottle of nitrous that’s ready to get the party started.

It does seem as if Farmtruck and AZN had planned on keeping this thing on the track for most of its life. However, in order to just test out the nitrous really quickly, they headed to the streets to make sure that everything was in order.

With Farmtruck behind the wheel knowing that it was going to be an issue, he just decided to pull over instead of waiting to be pulled over. When the officer had greeted them, everybody in the car knew that it was definitely not an issue to be joking around about. The police officer seemed incredibly serious about the matter as there are definitely a couple of lines in the rulebook that had been broken with this stunt.

Fortunately, though, the officer decided that he would let them all go, sending them back to the shop with not even a slap on the wrist. 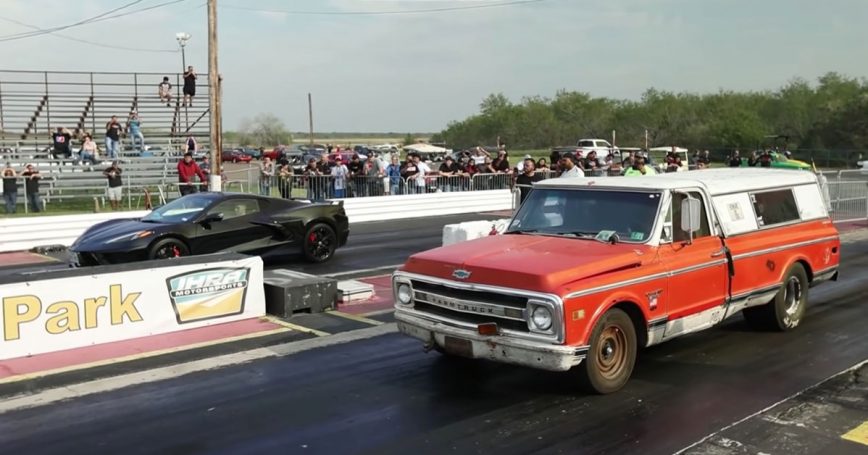