Farmtruck and Azn Bring Out All The Toys! 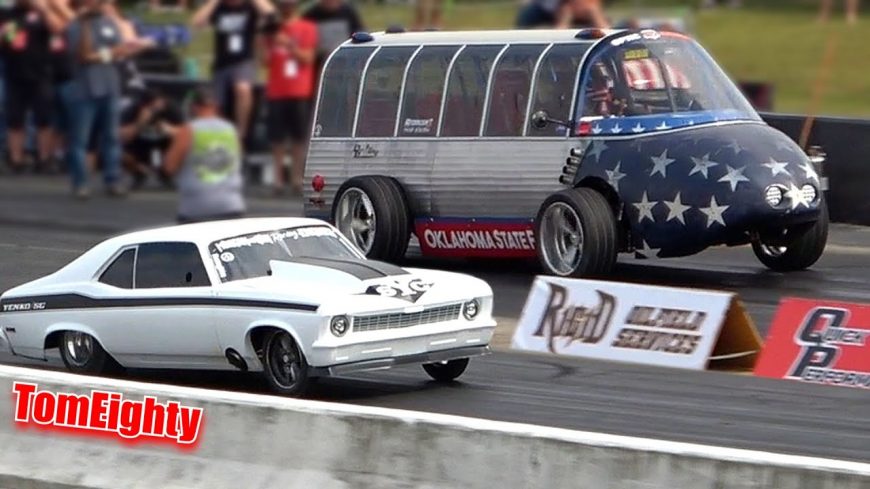 Farmtruck and Azn are certainly a couple of guys who march to the beat of their own drum. Combine that with talent under the hood of an automobile and we come up with some amazing creations. Among these creations, we have seen some pretty wild ideas come to life. As we know, it all started with the big and beat up Chevrolet C10 that we affectionately know as “Farmtruck.” From there, though, it all spiraled out of control into a bunch of other one-off rides. Taking a browse through their collection is nothing short of inspirational.

This time, the scene of the action is none other than Outlaw Armageddon. You know that the dynamic duo absolutely had to participate in the race to end all races. Inserted into the action, we find a couple of their awesome rigs. One is an SRT8 Jeep that Azn drives regularly. The machine that goes by “Jeeper Sleeper” definitely put up quite a fight in the daily driver class.

Perhaps a vehicle that drew a little bit more attention was none other than the Gonorail. For those who haven’t seen this thing, well, it’s certainly a machine that is absolutely unforgettable. Let’s just say that Gonorail is unlike anything that we have ever seen before and probably will ever see again. There’s absolutely no telling what these guys are going to be able to bring to the table when push comes to shove and it’s time to race.

By following along with the video below from tomeighty, we get to join in with the duo as they take on the Super Bowl of no prep. Outlaw Armageddon of 2019 was absolutely a blast and it wouldn’t have been complete without Farmtruck and Azn making a showing. It certainly put on a show for the spectators and then some.

« The Internet Remains Undefeated! Stolen Lamborghini SVJ Has Been Found!