Uncut – Farmtruck Pulls A Massive Wheelie While Taking On JJ da Boss In Ole Heavy Out In Memphis During No Prep! 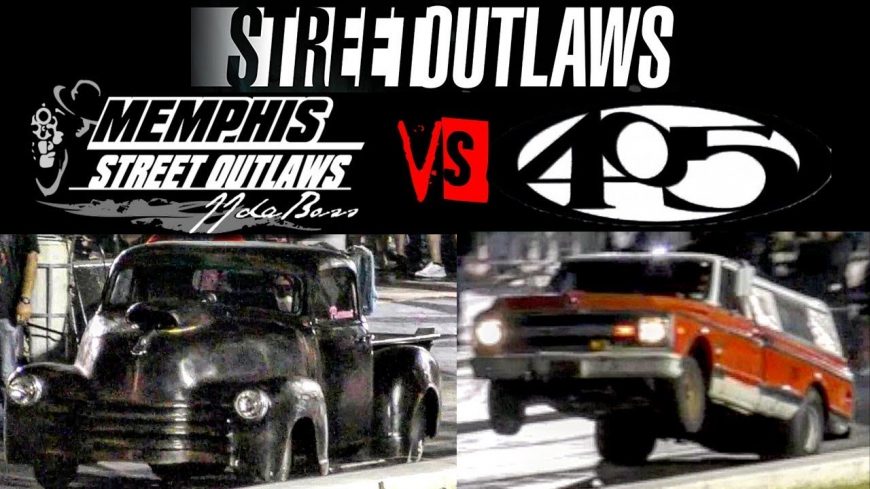 Once upon a time, a few seasons back, the 405 Top 10 list began to evolve. It was no secret that, as Street Outlaws gained popularity, the cars would get faster or fall off the list, and that’s exactly what happened. When the show started, The Farmtruck was the gatekeeper, a formidable opponent for most cars to have to outrun before getting their shot at the list. However, as the cars became ever-faster, the bulky Farmtruck faced a fork in the road: maintain its undeniable cool factor and give up the ability to evolve like the rest of the cars, or give up the “sleeper” vibe and chop the truck up to keep up with the list.

He chose the former, and though he lost the role of gatekeeper, he and AZN have had plenty of fun hitting the streets of OKC fishing unsuspecting “victims” out of their money while having tons of fun. As we learned on these many fishing trips, anybody who looks at The Farmtruck and sees only what meets the eye is quickly proven a fool.

Despite falling back from the rest of the pack on the list, the truck is hardly a slouch, and with those massive rear slicks out back and a stout nitrous-fed big block under the hood, there’s still plenty of fight in the truck, especially when it hits the track and can really put down the power.

Of course, anybody who’s seen JJ Da Boss and Precious in Ol Heavy knows that truck should also never be taken lightly, as it hits the tires hard and runs strong, whether it be on big tires or small. At this particular event held at Memphis International Dragway, JJ had the big tired bolted up to level the playing field and, to be honest, I expected Precious and Ol Heavy to take the win against Farmtruck.

As you can see, that wasn’t to be, as The Farmtruck planted those rear tires and launched hard into a huge wheelstand, but instead of going up on the bumper, the weight of the truck kept everything nice and smooth, with the truck returning to earth about 100’ downtrack and laying down a great pass, putting a gap on Ol Heavy and taking the win for the 405! If you’ll think way back, the first video that ever surfaced of The Farmtruck was a clip of it leaving about like this, and now we know she still has that same animal under that camper shell!

« The All New Toyota Supra is Here… Are You a Fan?